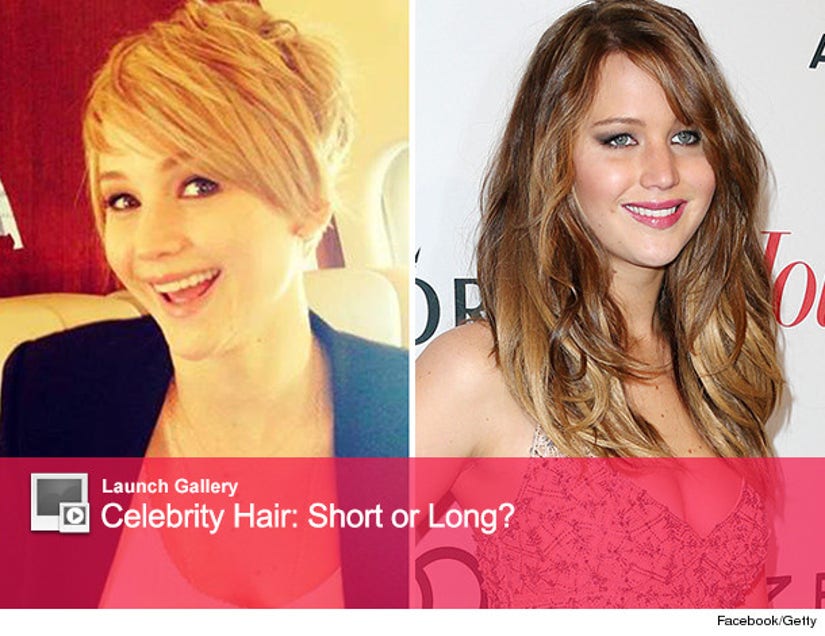 Katniss has a new 'do!

"The Hunger Games: Catching Fire" star Jennifer Lawrence just debuted her haircut on her official Facebook page -- and it's her shortest look yet.

Long gone are her long locks, as the 23-year-old Oscar winner is now sporting a pixie cut.

During a Google+ Hangout, Jen joked she chopped off her hair to "make Francis mad," referencing "Catching Fire" director Francis Lawrence. She then added, "It was at at that awkward length ... and was fried from being dyed so much."

And so far, her Facebook fans are split on the look.

"You're rocking that haircut Jennifer," writes one. "I love her new haircut, giving us some fierceness," posted another.

They aren't all so positive though, as one follower responded to the photo by saying "OMG you cut your hair? NO, NO, NO!!!!!!"

Which side are you on? We think the look definitely ages her a little bit, but that's not necessarily a bad thing. Vote in the gallery above!

See more of her look from the "Catching Fire" Google+ Hangout below:

And check out an extended sneak peek at the next "Hunger Games" movie, which opens November 22: