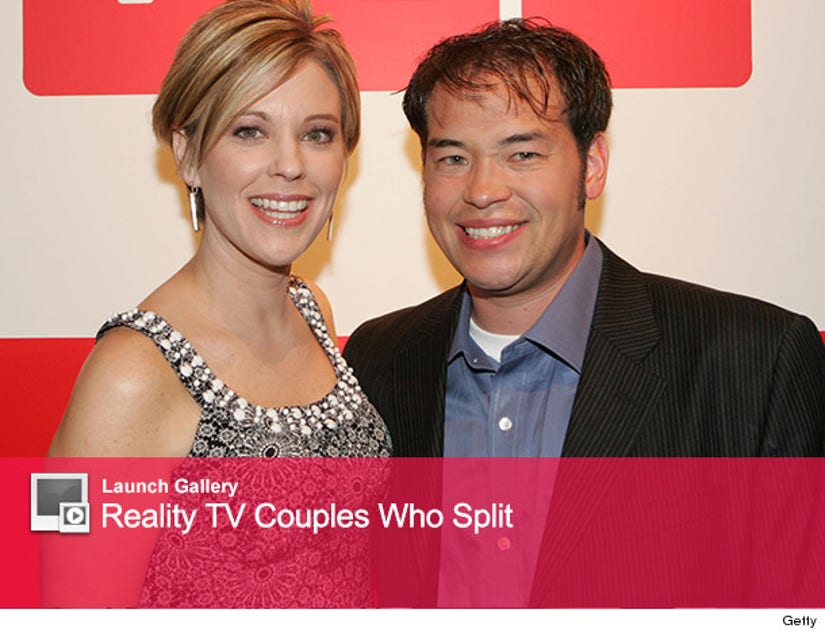 Kate Gosselin is refuting Jon Gosselin's remarks that their kids have had problems "developmentally" because of "Jon and Kate Plus 8." The former reality star took to her blog on Monday, to clear the air about her ex's controversial comments.

"I find it very heart breaking that my children's father chooses a public forum to discuss his current opinions of the “development” of our children," Kate wrote. "These opinions are, in reality, value judgments made about our children and they are based on his limited visits (albeit mutually agreed upon) with our children."

In a recent interview on "Oprah: Where Are They Now," Jon opened up about how the TLC reality show negatively affected his children -- twins Cara and Mady, 13, and 9-year-old sextuplets Alexis, Hannah, Aaden, Collin, Leah, and Joel.

Kate acknowledged that she risked "stirring up an unwanted public and private 'frenzy' by commenting" on her ex's statements, but said she felt compelled to defend her kids against his claims.

"Each and every one of our children has met and continues to exceed all physical, mental and emotional developmental milestones throughout their lives, " Kate added. "Their normal development is regularly monitored by myself, their pediatrician and school staff, as is usual within any family."

The mother-of-eight continued, "It is also very normal in a family, especially a large family, to have a full range of personalities, abilities, talents, hobbies and struggles. Ours is no different. However, anyone who has personally met our children all have the same thing to say: they are the most normal, pleasant, polite, loving and well adjusted children they have ever met. Most even go on to say that they are a “a delight” to be around."

This latest war of words isn't the only battle for the estranged couple. Back in September, Kate filed a lawsuit against her ex, alleging that Jon stole a hard drive from her house and used the information to hack into her personal computer and cell phone in order to give information to an author who was writing a tell-all.

It seems that the fighting is just going to escalate! What do you think of Kate's response? Sound off below and check out the gallery above to see even more reality TV couples who have split!