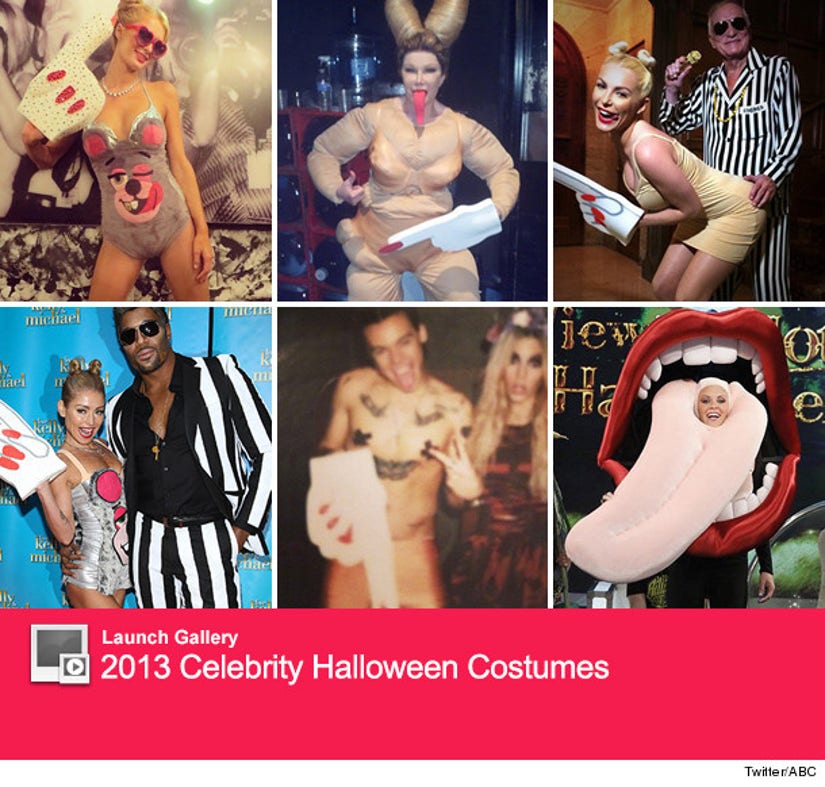 It seems that everyone -- from Paris Hilton to Kelly Ripa -- dressed up as Miley Cyrus for Halloween, and the singer couldn't be more flattered!

So which celebrity's costume did she like the best?

"I think Harry [Styles] might have been one of my favorites. Those shorts were very revealing," she joked while promoting her new tour on "On Air with Ryan Seacrest" Wednesday morning.

She even wanted to loan the One Direction singer her foam finger from the MTV VMAs, but he was overseas in Tokyo. Even that accessory has gotten lots of attention.

"The guy who invented the foam finger was mad," Miley said. "I think he felt like I disrespected his creation, but he should be happy because he probably sold more foam fingers!"

The 20-year-old singer says she's put the now infamous performance behind her. "I don't want to keep living off the VMAs," she exclaimed.

When Ryan asked Miley if she worries about pushing it too far, here's what she said:

"At end of the day, I'm the one who has to lay my head down and think about what I've done and what represents me. I never really think about other people.”

That seems to be inconsistent with what she said in her "Miley: The Movement" documentary, where she called her VMA performance a "strategic hot mess" -- a media moment designed to get her "Bangerz" record to No. 1 on the charts.

Miley changing her tune? Shocking. Listen to the rest of the interview below: