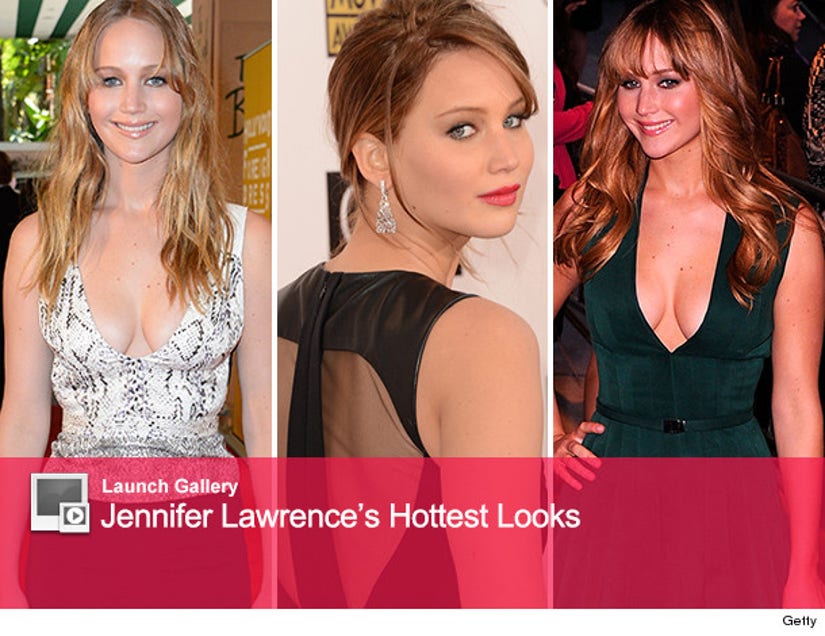 Jennifer Lawrence has certainly cemented her place as Hollywood's "It" girl! With weeks to go before the premiere of her highly-anticipated movie, "The Hunger Games: Catching Fire," we're sharing a few things you might not know about the blonde beauty.

2. The Oscar winner was discovered during Spring break in Union Square at the age of 14. In an interview in the September issue of Vogue, she talked about the moment that changed her life forever. "Someone asked if they could take my picture, and my mom and I didn't think it was creepy at the time," she told the mag. The man was a model scout, and she moved to New York City shortly thereafter to start her star-studded career.

3. Jennifer grew up on a horse farm in Louisville, Kentucky, where her parents raised unbroken stallions. Her first horse was a pony named Muffin: "She was cute, but she was a mean little b****," Lawrence said in an interview with Rolling Stone magazine. She later took care of her two male horses, Dan and Brumby. "Those two hated each other, but then one day there was a big storm and they spent the night huddled in the barn together, and suddenly they were inseparable. The sexual tension finally boiled over," she joked.

5. The starlet knows every word to her favorite movies, "Dumb and Dumber," "Step Brothers," and "Anchorman." During an appearance on "Late Night with Jimmy Fallon," Jennifer showed off with an impressive impersonation! (She's even making a cameo in "Dumb and Dumber To.")

We can't wait to see the actress in "Catching Fire" when it hits theaters on Nov. 22. Click "Launch Gallery" above to see Jennifer's hottest looks!