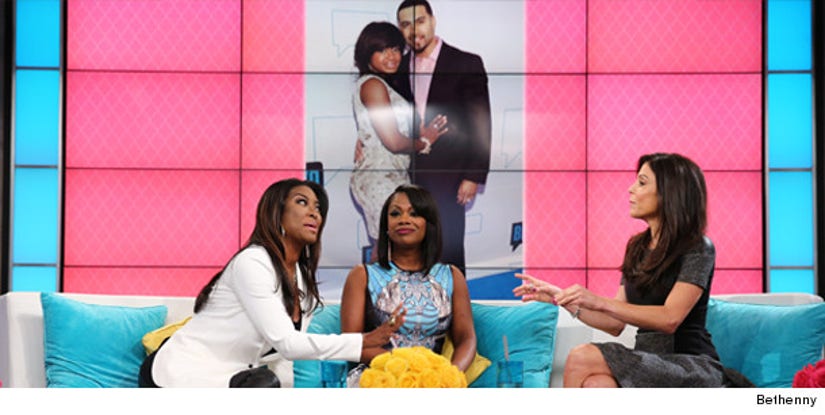 During last season's reunion special, Kenya implied that Phaedra's husband Apollo Nida was texting her behind his wife's back.

Kenya appeared on "Bethenny" Thursday to explain exactly what went down between her and Apollo. Watch what the former Miss USA had to say:

Kenya revealed that Apollo initiated the texts with her, but costar Kandi Burruss confirmed they were innocent in nature, and not illicit as implied.

Kenya also revealed that she once got attention from someone even MORE famous -- Kanye West. She recalls meeting the hip hop star before he got with Kim Kardashian:

Do you think Kenya's just making these claims for attention? Tell toofab in the comments below!

Plus, tune into "Bethenny" today to find out the real reason Kenya skipped NeNe Leakes' wedding and watch her work her stallion booty!