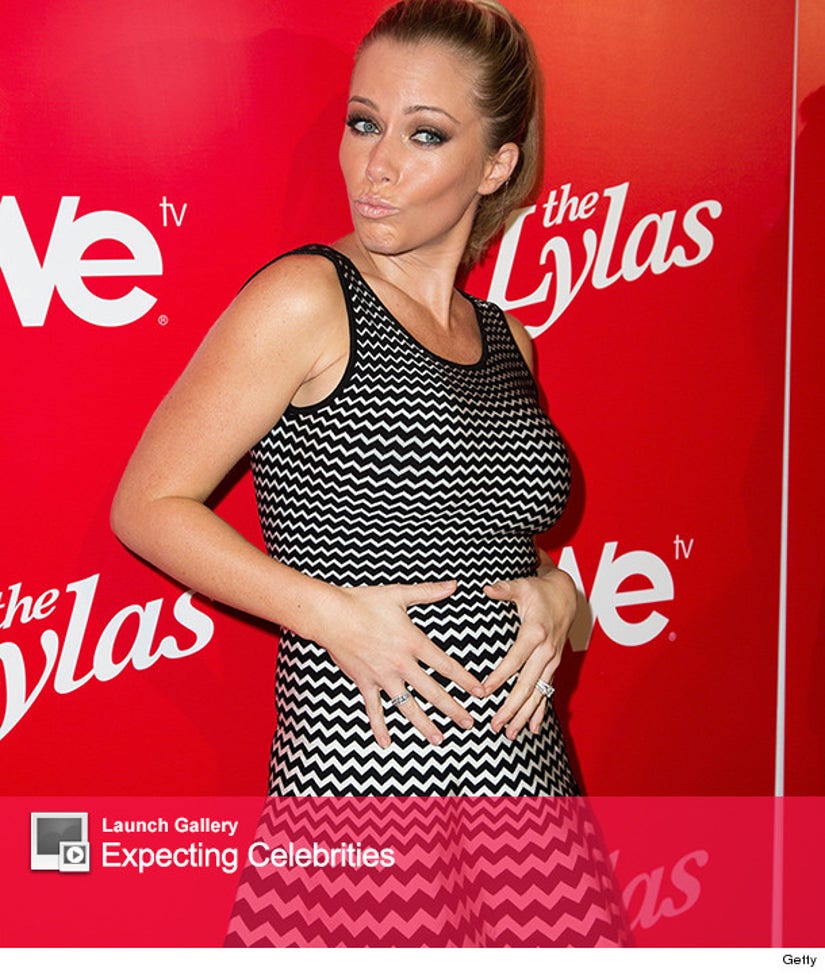 Baby on board ... and on the red carpet!

Kendra Wilkinson debuted her baby bump Thursday night at WEtv's premiere party for "The LYLAS" -- where she was photographed holding onto her growing belly in a tight black and white dress.

The reality TV star is expecting her second child with Hank Baskett.

While the 28-year-old mom wasn't showing too much in the midsection at the event, she says people have been thinking she's a lot further along than she really is.

"I'm actually showing a lot. If I'm wearing tighter clothes, people are like, 'Are you like four months?'" she recently told E! "I'm like, 'No, I'm still at the end of my first trimester.' I'm still feeling it, feeling the grossness and the pain."

No word yet on if she's having a boy or a girl -- but Hank Jr. knows what he'd want if he had his way.