Portia De Rossi is one of the most recognizable lesbian actresses out there -- but there was a time when she was scared to share her sexuality.

The cast of "Arrested Development" appeared on "Inside the Actors Studio" this week, where Ellen DeGeneres' wife opened up about when she officially came out.

"I think when I really, truly came out was the Golden Globes when 'Arrested Development' was nominated," de Rossi said of the 2005 awards show. "Ellen and I had been together for a month and I was very, very nervous going to that because I knew that I was going to meet up with her after the show and that there was press."

The story prompted a round of applause from her costars.

And the rest is history! Portia and Ellen tied the knot in 2008, with De Rossi legally changing her last name to DeGeneres.

Check out the gallery below to see more out and proud stars -- some of them may surprise you! 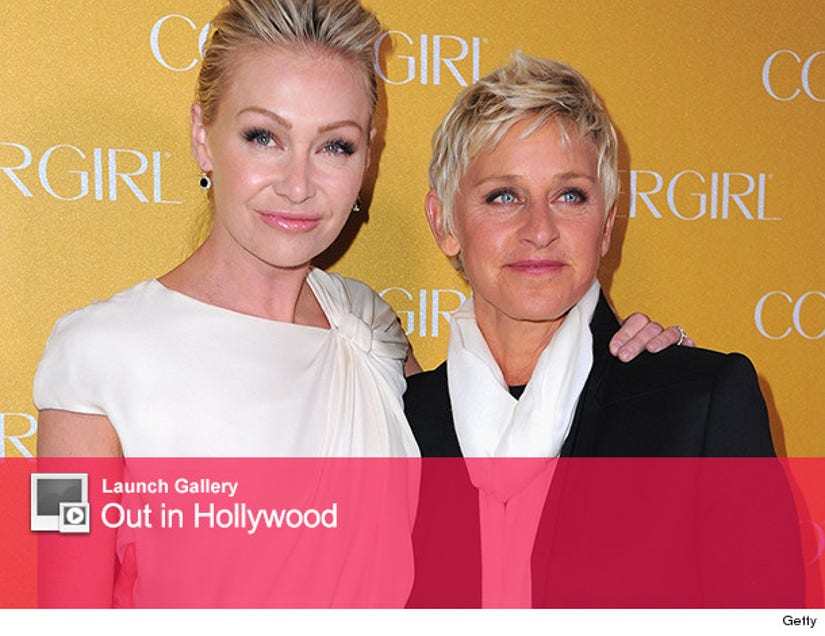