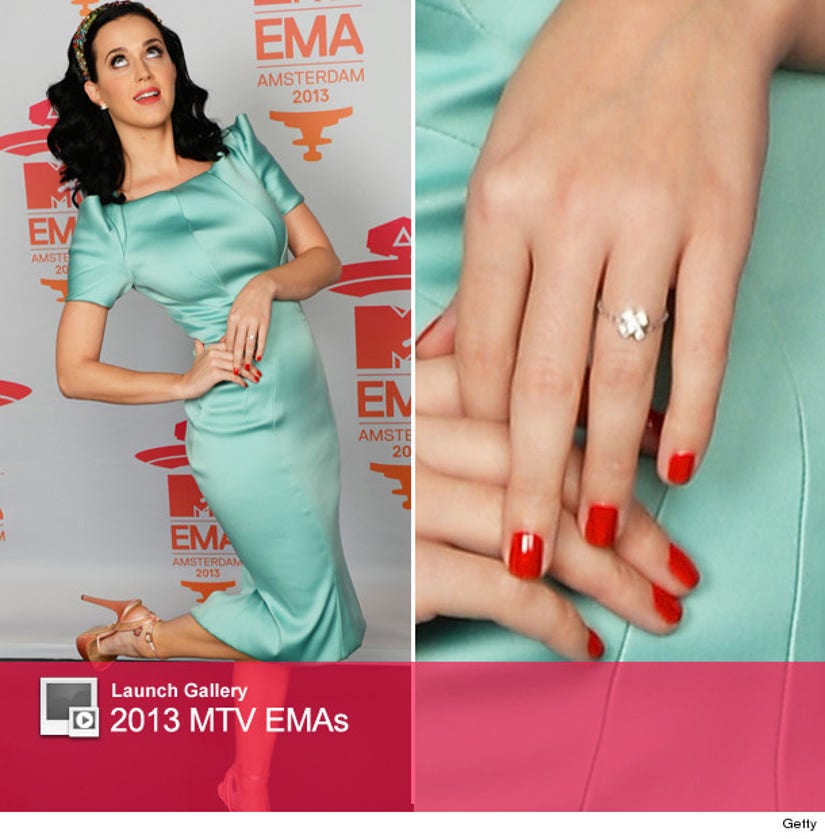 Is Katy Perry ready to walk down the aisle again?

The signer ignited engagement rumors at the 2013 MTV European Music Awards on Sunday in Amsterdam -- hitting the red carpet with a diamond ring ... on that finger.

Could John Mayer have popped the question?!?

So far, Katy and John aren't talking, but there were reports out last week that he was ready to put a ring on it.

As for the sparkler itself, it's not exactly the biggest rock we've seen, especially by celeb standards ... so maybe it's just a piece of costume jewelry.

But things have been getting serious for the couple, who have been dating on an off for the last year.

"I actually am dating my crush," Katy said of John in the November issue of W magazine. "I had a crush on him for a long time, and it just so happens we fit together great."

Do you think John proposed? Sound off below!