Miley Cyrus ruled MTV yet again last night, taking her headline-making VMA antics to the next level at the 2013 MTV EMAs.

Between twerking with little people and smoking joints on stage, it's clear the singer LOVES getting some controversial attention -- and last night was a success.

But she wasn't the only one with a standout moment from the show, which went down in Amsterdam on Sunday night.

Check out the videos below to see the 5 Can't-Miss Moments from the crazy show!

Miley Cyrus opened the show by singing her hit "We Can't Stop" -- hitting the stage with a little person for some of her infamous twerking. Thankfully, the number was short, but let the audience know that this was not your average awards show.

Later, she performed "Wrecking Ball" and, aside from her vulgar costume choice, it was a relatively tame performance.

When in Amsterdam ... right?

When Cyrus took the stage to accept her Best Video for "Wrecking Ball," the 20-year-old whipped out a blunt, lit it up and started smoking in front of the live television audience. Is anyone actually shocked, though?

The moment was actually edited out of the U.S. telecast and on the U.S. MTV website.

3.) Robin Thicke Is Boring Without Miley

Robin performed "Blurred Lines" for the millionth time on Sunday, this time without Ms. Cyrus. While her antics at the VMAs were annoyingly brash, it made the performance memorable -- something that was severely lacking here.

The body-painted models were a nice touch, but we're over this song. Time to move on!

Looks like Katy Perry recently went to a P!nk concert, because her performance of "Unconditionally" borrowed a thing or two from the pop star's live shows.

First, Perry was transformed into a human maypole, but midway through the song she burst out of the ribbons and pulled off an impressive costume change. As she flew over the stage, her bedazzled bodysuit reflected light around the auditorium ... changing her into a human prism.

Of course, the biggest news about Katy happened on the red carpet -- where she showed up wearing what could be an engagement ring!

We love Will Ferrell and his "Anchorman" alter-ego, Ron Burgundy, so it was a real treat to see him pop up throughout the show in a number of pre-taped and live appearances. Seeing him get a tour of Amsterdam was hilarious -- we could easily see Ron go to Europe for a 3rd flick!

Check out more wild fashion moments in the red carpet pics below: 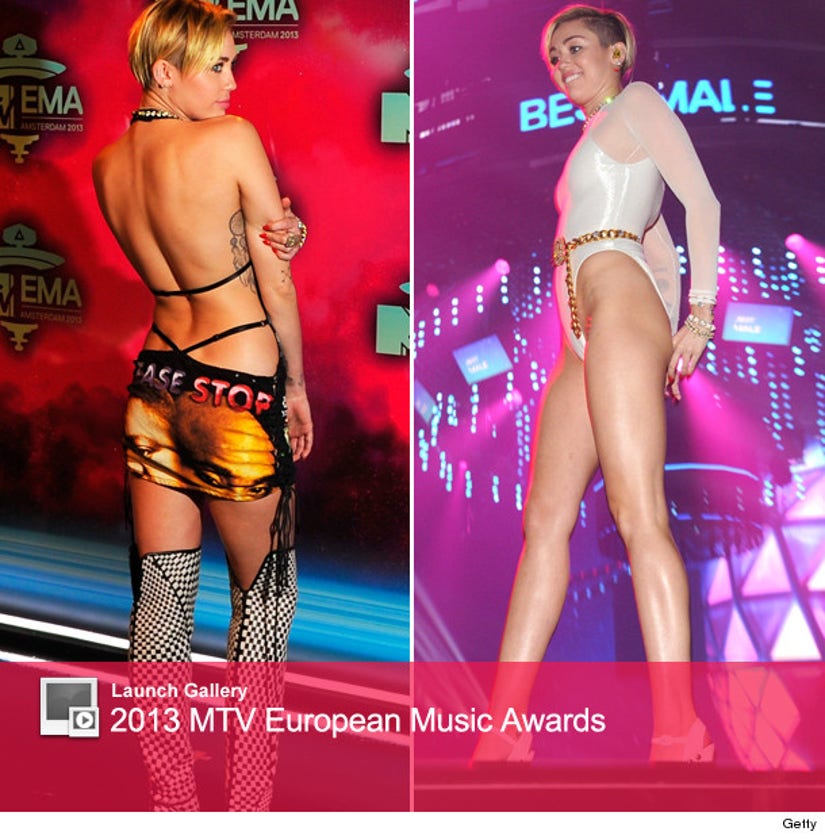