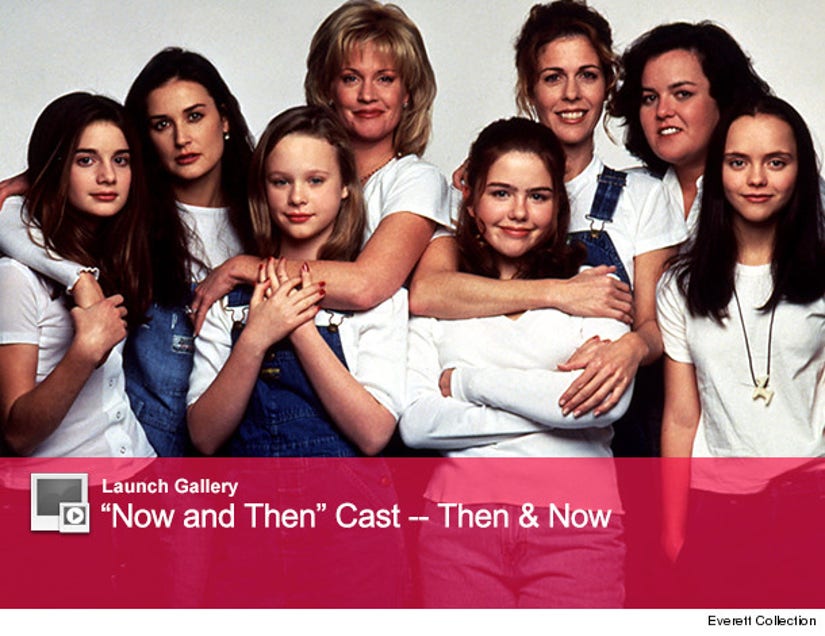 Demi Moore is still as stunning today as she was then!

The actress turns 51-years-old today -- and what better way to celebrate than taking a look at the cast of the beloved coming of age drama "Now and Then."

Since starring in the classic '90s flick, Demi has continued her awesome career. She infamously shaved her head for "G.I. Jane" and played one sexy detective in "Mr. Brooks."

Moore married Ashton Kutcher in 2005, following her split from Bruce Willis in 2000 -- but she and Kutcher separated in 2010. Shortly after, the brunette beauty checked into rehab after falling into a depression.

Today, it seems like the actress has her life back on track. She regularly attends daughter Rumer Willis' concerts in the Los Angeles area and just got back from India for a Mind and Life conference.

Sure, "Now and Then" may not be the Brat Packer's most memorable movie, but it's one of our favorites!

Find out what the rest of the cast are up to today, and see what they look like then and now!