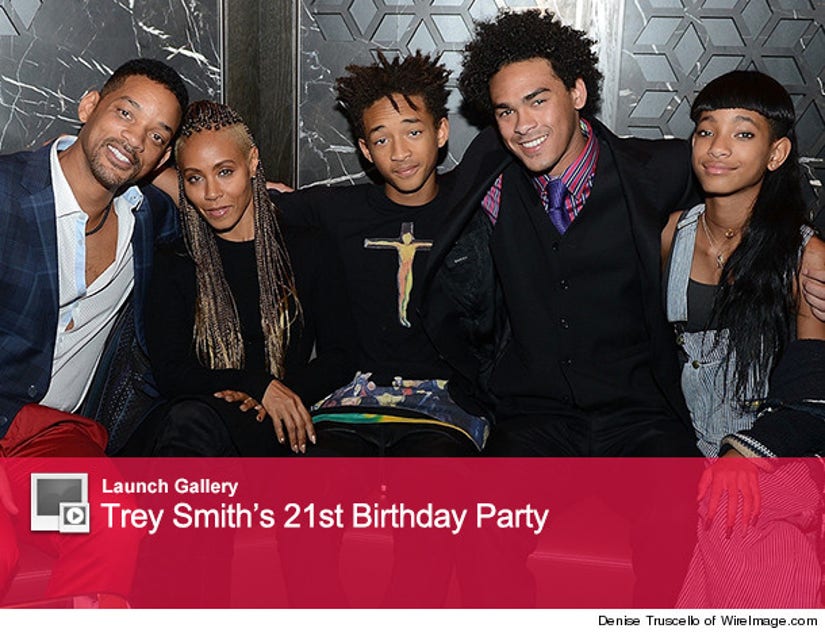 Remember the kid from the "Just the Two of Us" music video? Well, Trey Smith just turned 21!

Over the weekend, Will Smith celebrated his oldest son's birthday with one giant family celebration in Las Vegas.

Will and Trey were joined by Trey's mother Sheree Zampino, Will's wife Jada-Pinkett Smith and their two children, Jaden and Willow Smith.

Trey also showed off his DJ skills at Lavo nightclub, as Will danced alongside him in the DJ booth. Later in the night, the Smith family and their closest friends gathered to sing "Happy Birthday" to the 21-year-old.

Onlookers say that Will and Jada seemed to be in great spirits as well, as they were spotted engaging in intimate chats, laughing and even dancing together throughout the various celebrations. That's one way to shut down those affair rumors!

It's nice to see the famous family spending some quality time together, and we think it's great that Will still has a pretty good relationship with Trey's mom.

Click "Launch Gallery" above to see all the pictures from their Sin City festivities, and check out the gallery below for even more sexy celebrity offspring!