The "Jennifer Lawrence is the best human being" ever train shows no sign of stopping ... and we're totally O.K. with it!

The "Hunger Games" star took time to personally console a crying fan in a wheelchair at last night's "Catching Fire" premiere in London.

Not only did J-Law stop what she was doing to have an emotional moment with the young girl, she also tried to physically remove the barriers between the red carpet and the general public in order to do so.

While she needed the help of a few bodyguards to actually move the divider, she was seen talking to, hugging and taking pictures with the big fan.

It was a sweet moment, one that made us love the 23-year-old Oscar winner even more.

The actress also just opened up about Miley Cyrus -- click here to see what she had to say in a new interview.

Check out more photos from the premiere below -- Jena Malone was killlllllling it in that red dress! 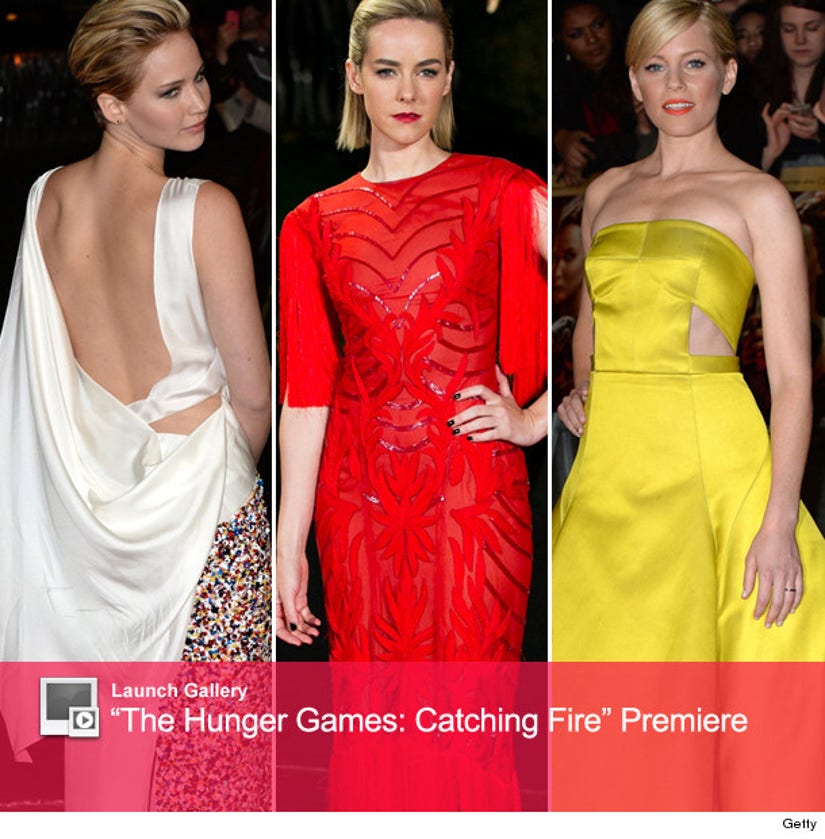