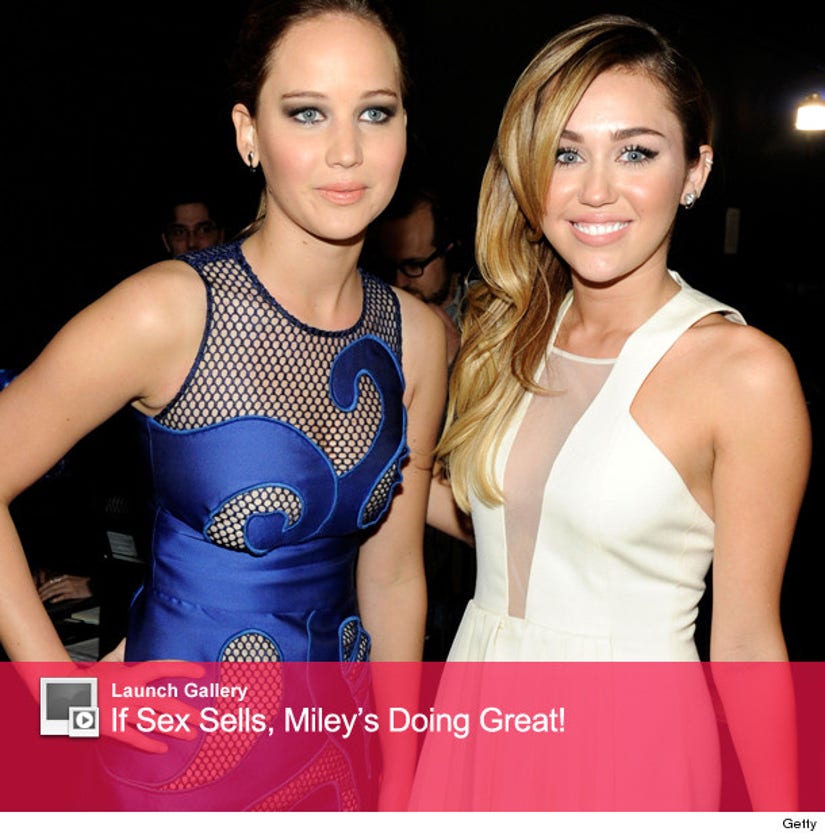 In a new interview with BBC Newsnight, the "Hunger Games" star was asked what she thinks about the pop singer and the sexualization of the music and film industries.

"It's part of the entertainment industry that sells," she responded. "Sex sells and for some disgusting reason, young sex sells even more."

When the reporter mentioned "twerking with a dwarf," Jennifer laughed, said "I'm not by any means!" and added "To each their own."

What do you think about J-Law's comments, even if they were more about the industry in general?