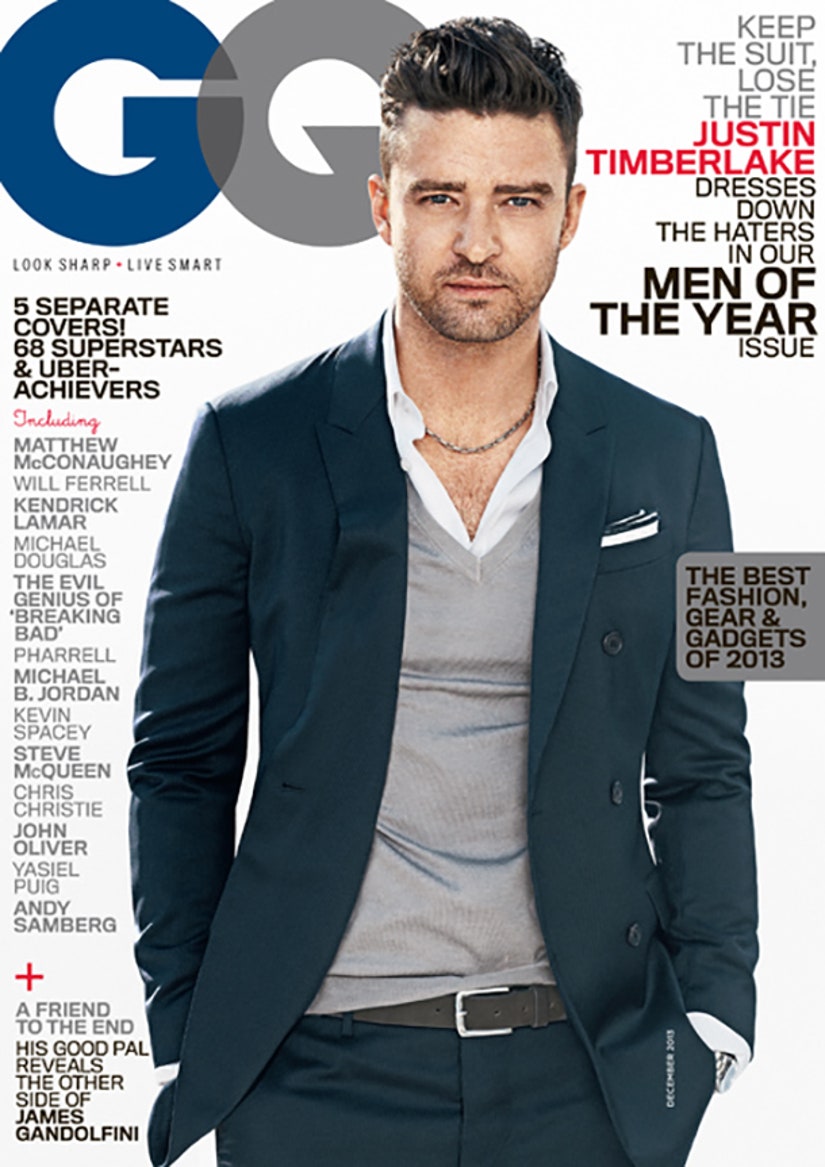 Justin Timberlake is mad as hell and he's not going to take it anymore!

The "Runner Runner" star was crowned one of GQ's Men of the Year on their December cover and spoke candidly about how he's affected by the haters. "The movie didn't do well at the box-office, so should I quit?" JT asks -- referring to Variety's infamous op-ed piece titled, "Justin Timberlake: Why He Should Stop Acting.”

"Hold on a second. If I was somebody else, you wouldn't have said that," he says. "Come on, man. You sound like a d**khead. It just shocked me because, like, you're trade magazines. None of your opinions count. And by the way, none of you can do it."

After critics also panned his latest album, "The 20/20 Experience," Timberlake is understandably sensitive to all the criticism: "Where did all this vitriol come from? I mean, I'm not cut out for it."

Justin tries to take the high road though, explaining "I find it funny that I've been able to acquire the patience it takes to be kind to people in our business. Because sometimes I just want to f–king kill everybody."

The 32 year-old has actually had a pretty stellar year with two number one albums, the "Legends of Summer" tour with Jay-Z and a supporting part in the critically-praised Coen brothers film "Inside Llewyn Davis," out December 6th.

Thankfully, Timberlake is keeping perspective on the past year by sharing, "I don't see myself as someone who's ever going to be defined by one moment. It's on to the next."