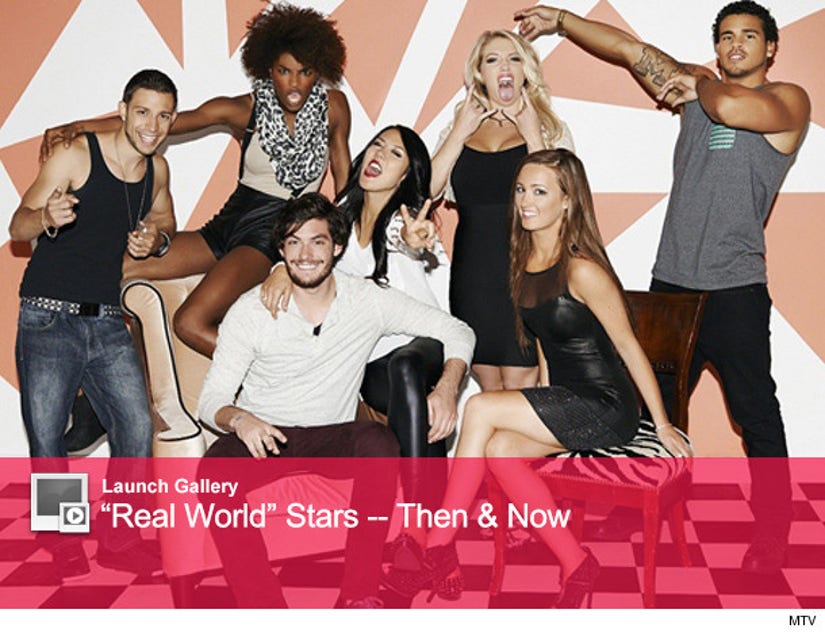 "The Real World" is getting a major makeover!

For the first time in 21 years and 28 seasons, the hit MTV show will be re-titled, "Real World: Ex-Plosion," and will not only feature "seven strangers" who were "picked to live in a house, work together and have their lives taped." The show is adding the housemates' exes to the mix!

"Things take a dramatic turn when exes of the original seven roommates surprisingly take the house by storm and move right in," according to MTV. "In the midst of new relationships that started to brew before their exes arrived, the roommates find out very quickly that things can get complicated as loyalty is tested, tempers flare and romances sizzle and fizzle."

So, what sparked MTV to change up the show's format?

Jonathan Murray, who co-created the series with Mary Ellis-Bunim, is hoping the new twist will create a bump in ratings. Murray explains that the new format came about in an organic way.

"When we cast people, we usually always try to cast single people," he said in a statement to Entertainment Weekly. "And they'd say they were single during casting process. Then the moment they arrived at the house suddenly their ex was back in their life. I don't know if it's a safety blanket or that we're never really done with our exes. When you talk about the age of our cast, their ex is often their first love -- they play a huge role in their life."

So, what else has changed?

According to Murray, the housemates also will have smartphones for the first time, allowing them to document their journey throughout the season. That content has been sealed for now but will be rolled out gradually as the season airs.

We think "The Real World" needed a twist to spice up the series, but what do you think of the shakeup? Tell toofab in the comment section below, and click "Launch Gallery" to see your favorite "Real World" housemates, then and now!