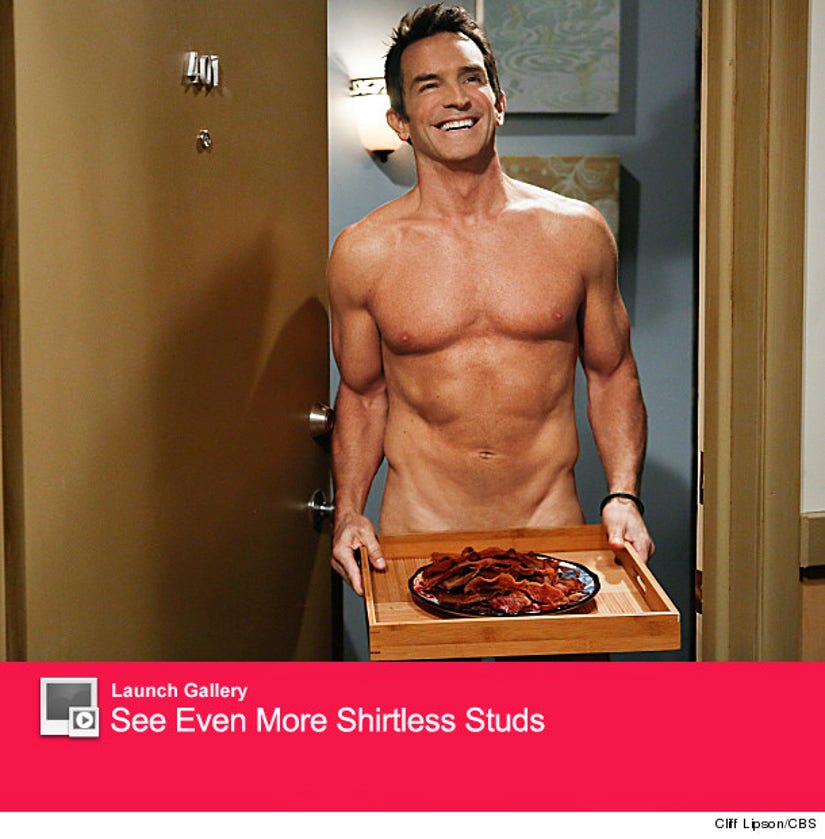 Anyone want some bacon?

"Survivor" host Jeff Probst makes a cameo on tonight's episode of "Two and a Half Men" -- and he does it without any clothes on.

O.K., so he's wearing a teeny pair of briefs, but you can barely see them in the promo pics CBS released before Thursday's show.

The 52-year-old hottie (yes, he's 52!) talked to Today about filming his scenes.

"It's pretty much, get undressed, let's go, shoot you're done. Let's go, see you," he says. "It's a small part but it's very fun. Definitely a highlight."

As for his fitness routine, Jeff says he's works hard to look so good.

"I'm not 20 anymore. If you want to stay fit, you have to work at it," he continues. "It's definitely not a case of (I was born with) good genes and I eat McDonald's every day. I definitely put effort into staying fit."

See Jeff's fit physique when "Two and a Half Men" airs tonight on CBS. 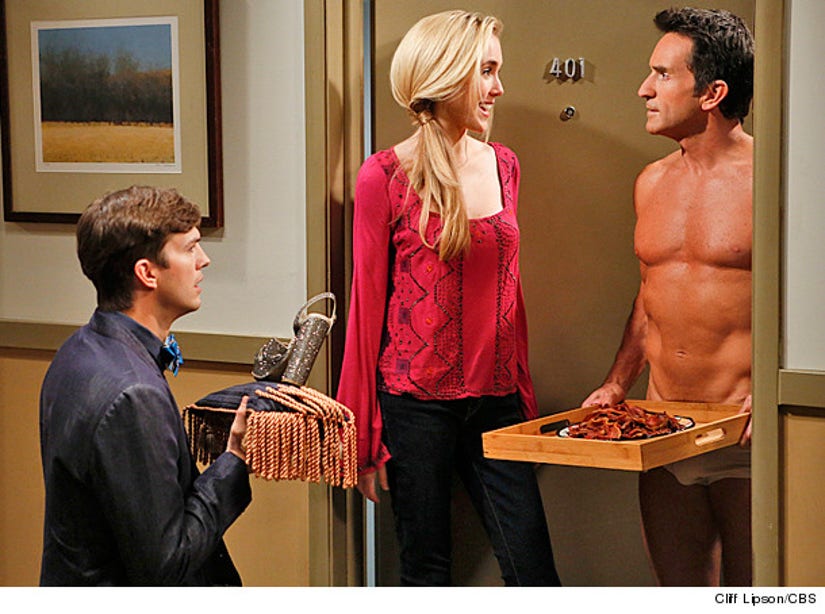