From their million dollar bras to outrageous Angel wings, the lingerie giant's annual event is a must-see for fashion lovers and drooling men alike.

Here are our picks for the 10 Most Ridic Outfits of the evening: 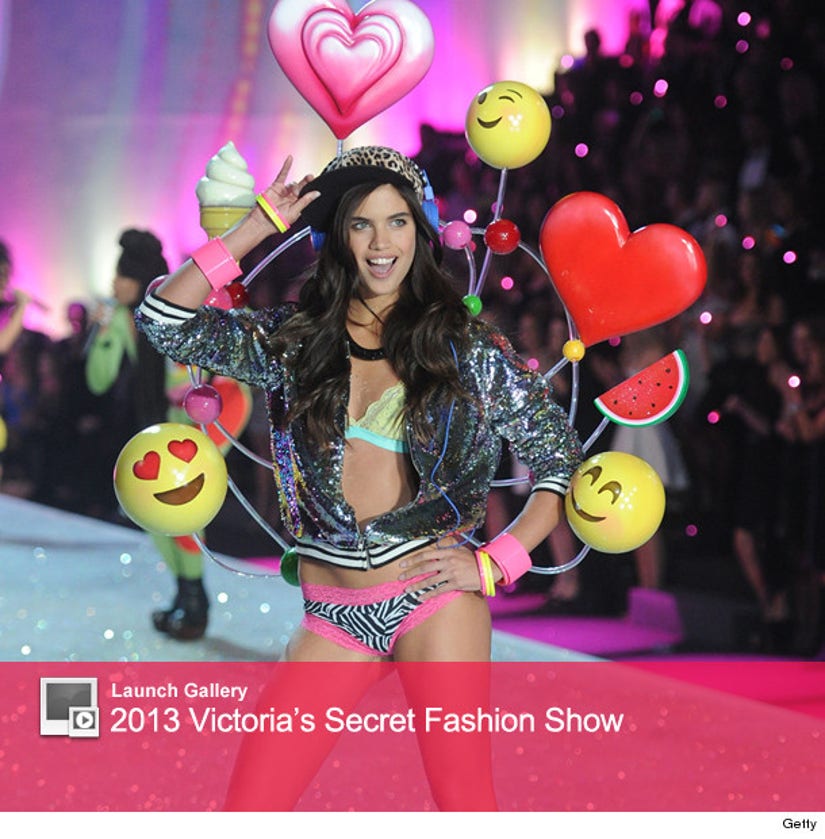 1.) Emoji as fashion inspiration? The text message-inspired ensemble was one of the more out-there looks of the night, thanks to its crazy colors, smiley faces and floating hearts and ice cream. 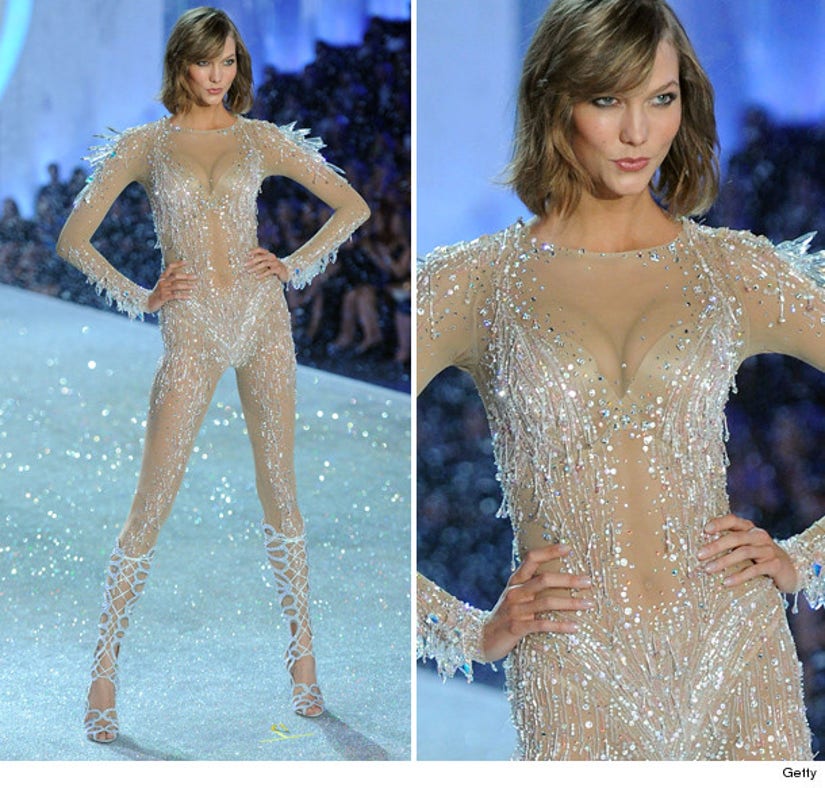 2.) Karlie Kloss modeled the only bodysuit of the night and while she pulled it off, it's not the kind of thing we're used to seeing at a Victoria's Secret show ... but at the Ice Capades! 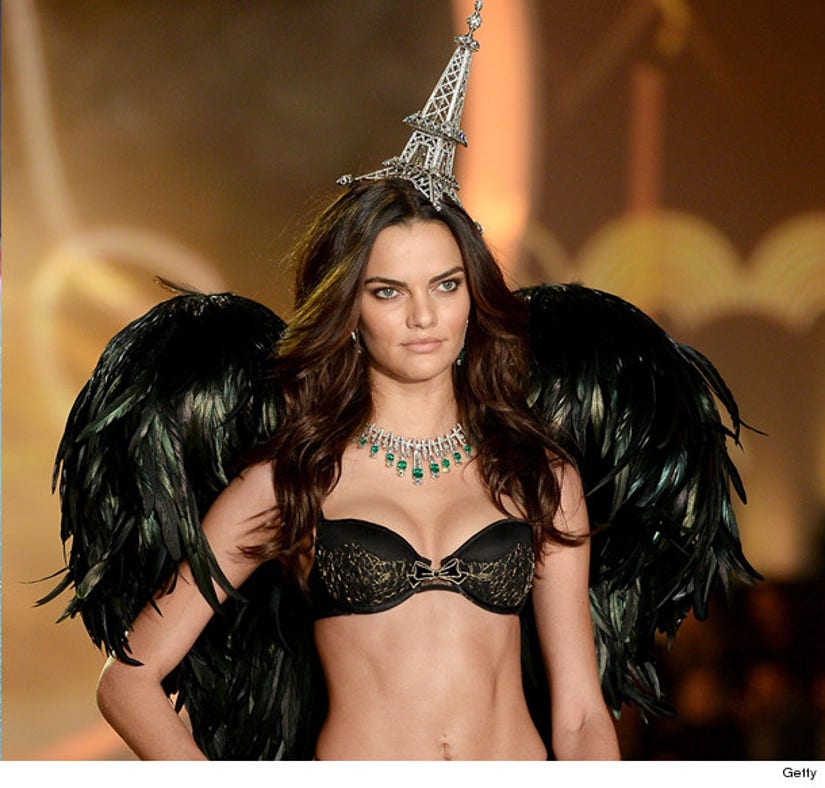 3.) Even this model doesn't seem too happy about her Eiffel Tower hat. 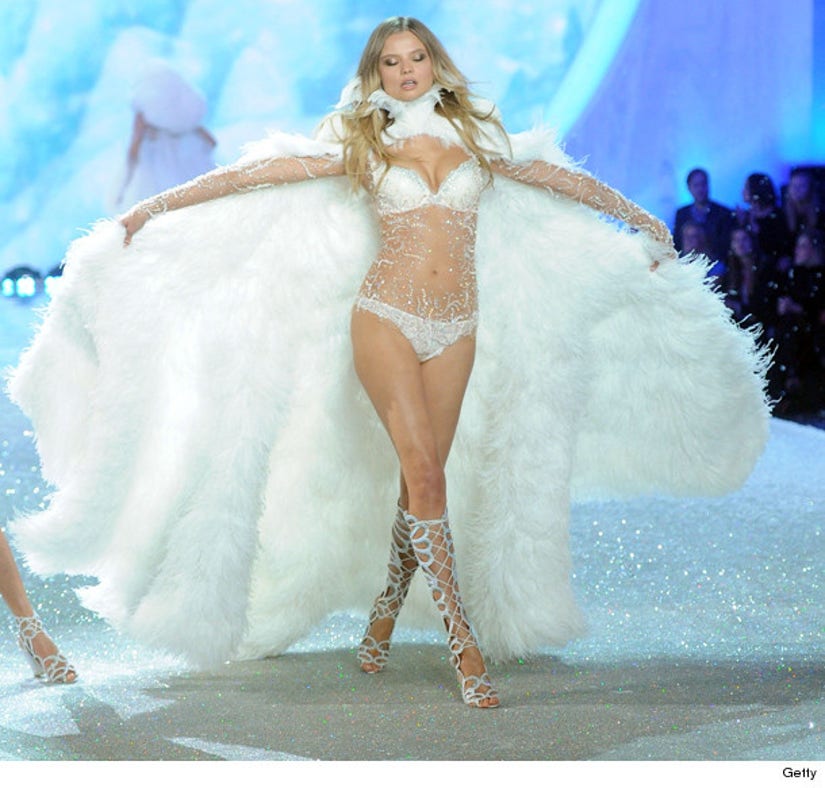 4.) Magdalena Frackowiak is rocking this giant white feather cape. But, is it just us, or does this look like an outfit Emma Frost would wear in X-Men? 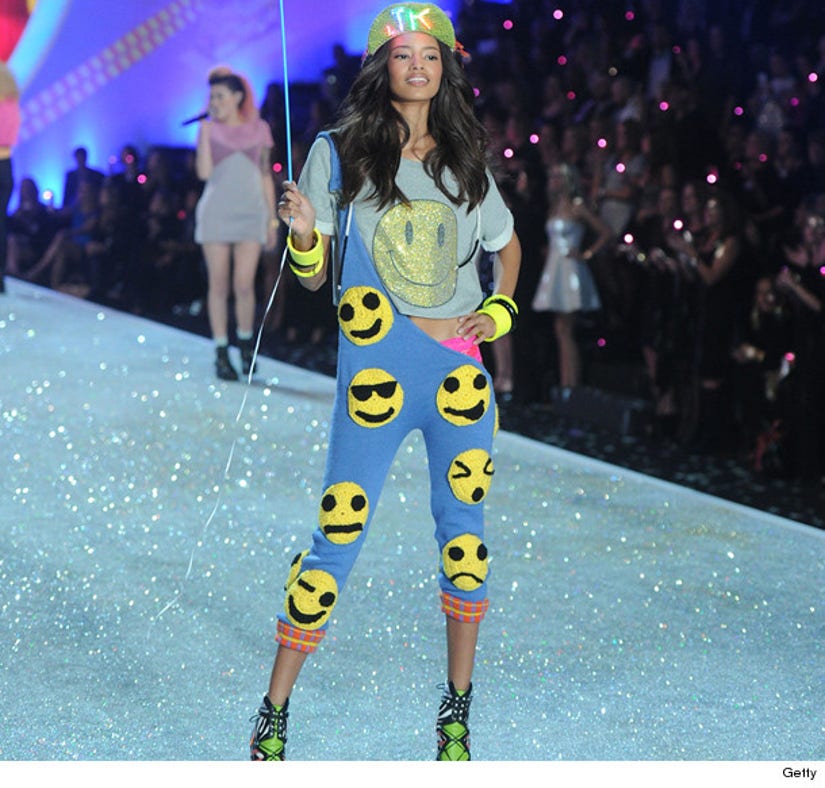 5.) Our second Emoji outfit of the night was even weirder than the first. Considering you barely see any of the brand's underwear here, they're doing something wrong. 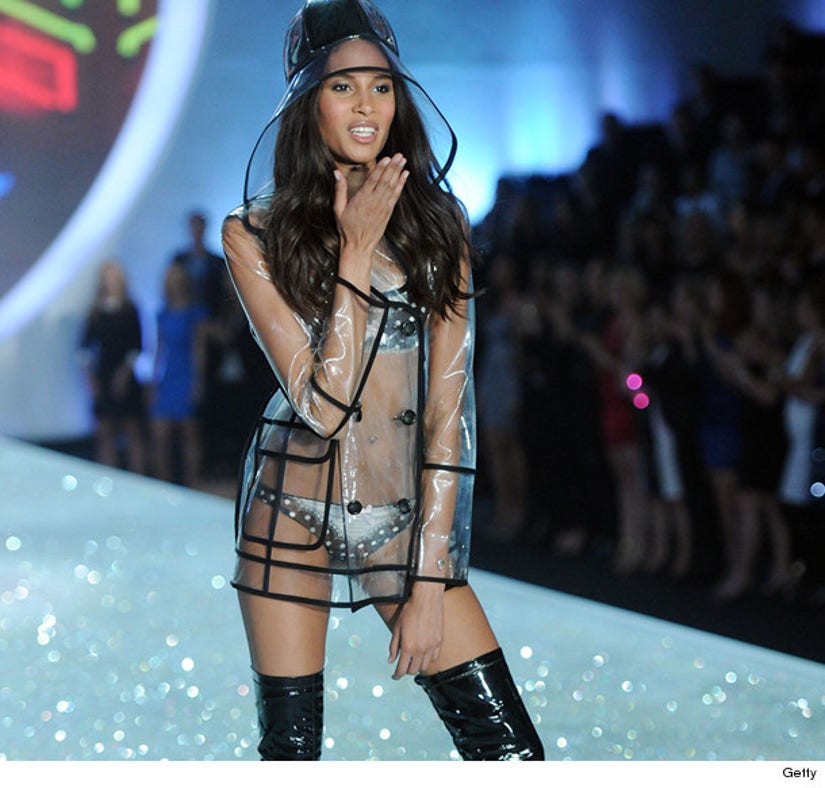 6.) Just what everyone wears when they go out in the rain. 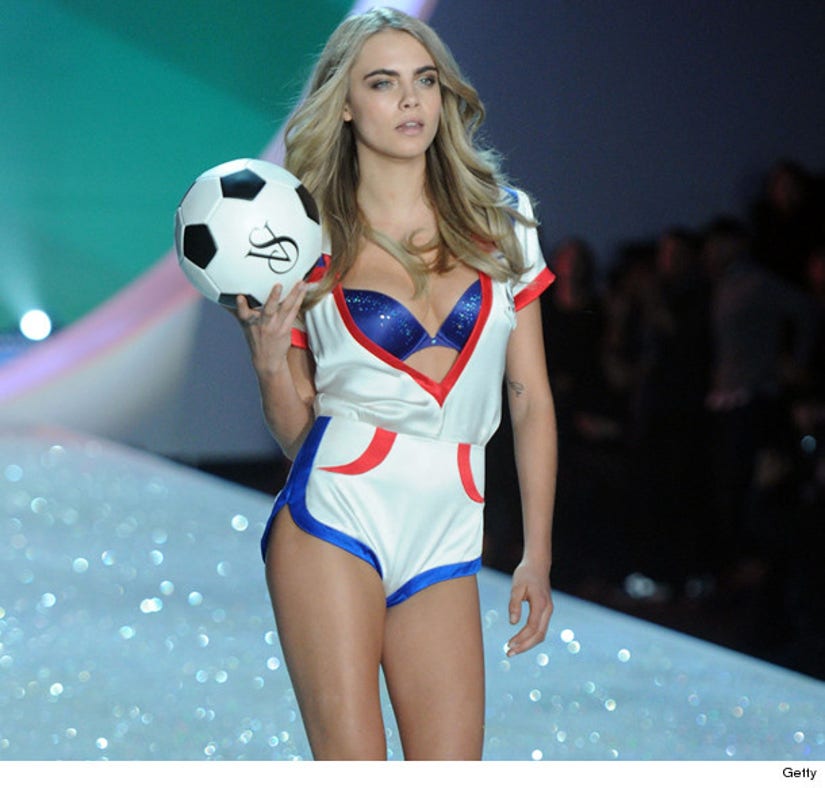 7.) We actually really like this soccer uniform-inspired look on Cara Delevingne -- but as the only sporty look of the night, it kind of comes out of left field. 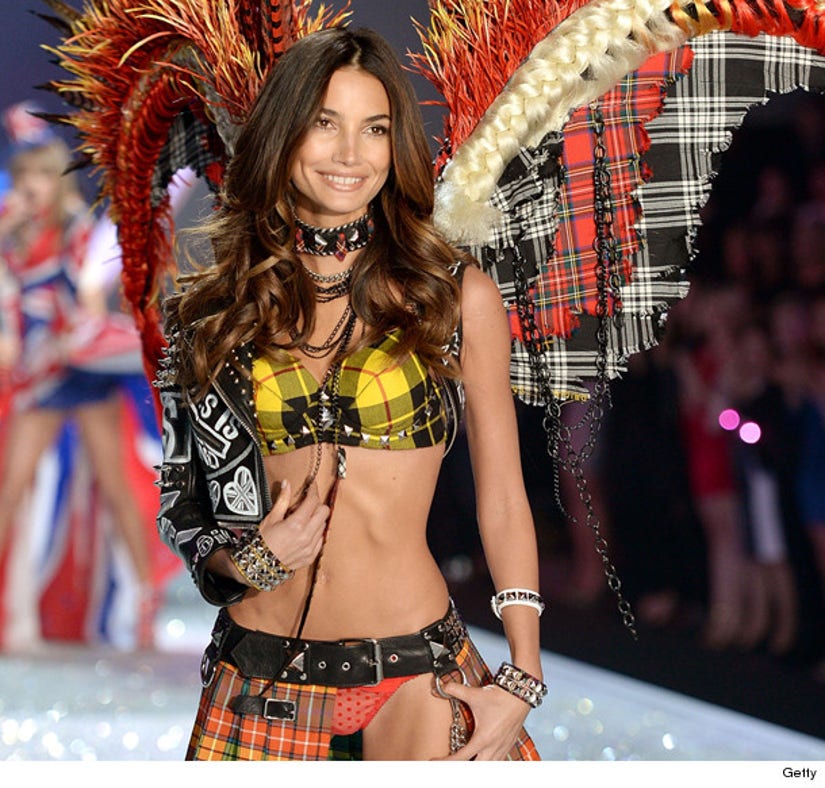 8.) This punk rock ensemble on Lily Aldridge is one of our favorites. From the skirt to the half-jacket, there's so much going on. And those wings, LOVE them! 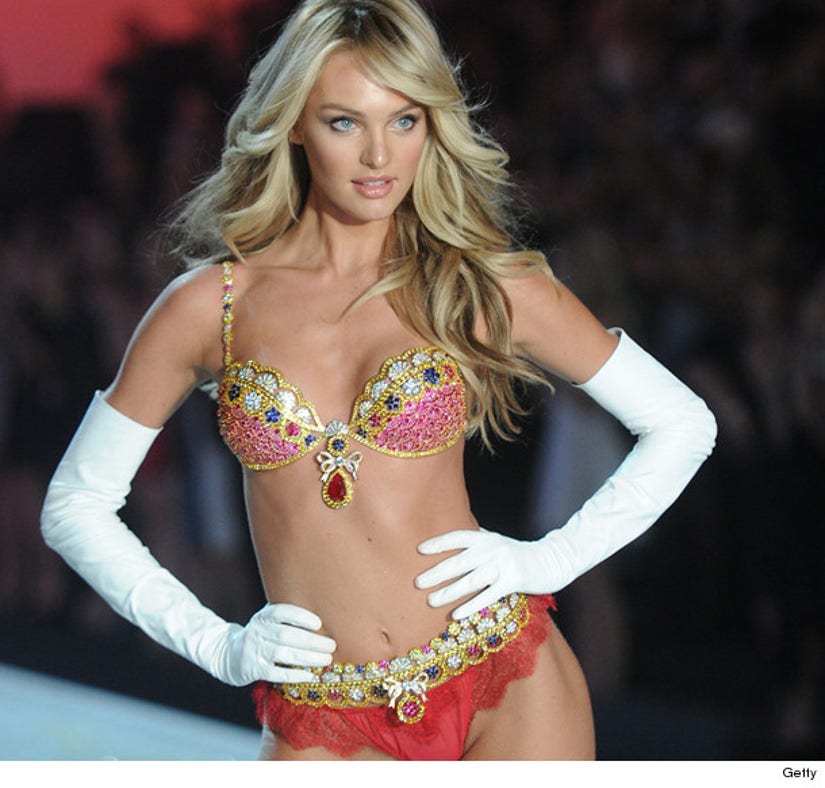 9.) Candice Swanepoel and the Fantasy Bra make the list just for the price tag alone. At $10 million, it's one of the most expensive pieces in Victoria's Secret history. We just wish they had dressed her up with some wings. Those gloves just aren't doing it! 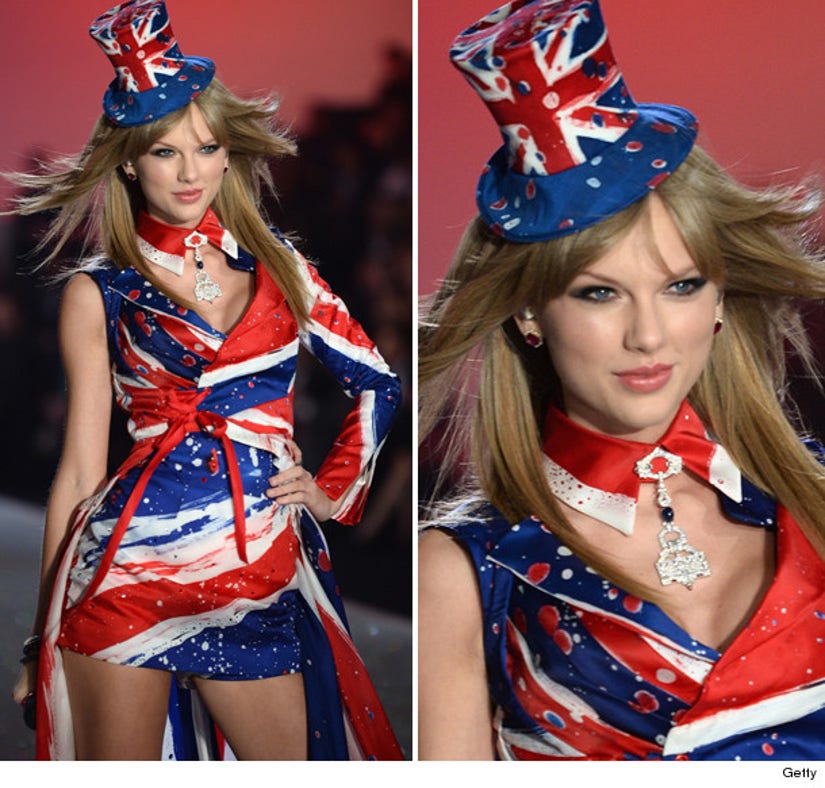 10.) American's Sweetheart Taylor Swift crossed the pond last night, performing for the British Invasion portion of the show in this interesting outfit. With the Union Jack dress, train and matching fascinator, it's a lot of look.

See the rest of the hottest ensembles from the show in the gallery above -- who's your favorite?