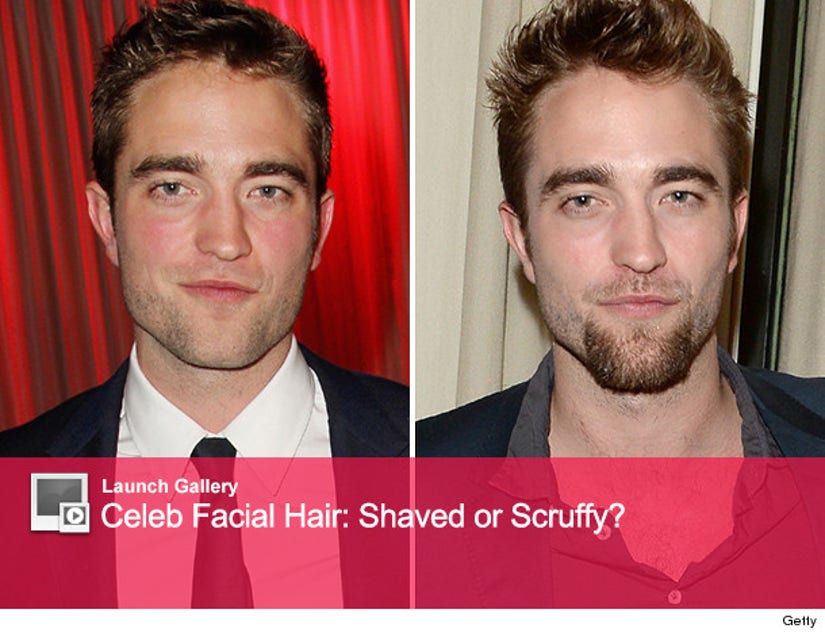 Robert Pattinson is getting into "Movember!"

The “Twilight” star debuted a newly grown goatee on the red carpet at the 6th Annual Go Go Gala on Thursday night.

While we don't love his new facial hair, the 27-year-old looked quite dapper at the event, rocking a slim navy blue suit and charcoal gray button down.

So, did Robert bring a date?

Rumors have been swirling about a budding romance with Dylan Penn (Sean Penn and Robin Wright are her famous folks!). But, the actor came alone to the event.

Pattinson is a big supporter of the GO Campaign, which raises money and awareness for orphans and vulnerable children . Two years ago, he offered a meet-and-greet on the set of one of the “Twilight” movies. The lucky fan took home the prize for a whopping $85,000! This year, R Patz paid $5,600 for a recycled cello, according to Daily Mail.

We think Rob should ditch the new goatee, but maybe it's for a new role?

Click "Launch Gallery" above to vote on whether you think Robert -- and other stars like Ryan Gosling and Johnny Depp -- look better shaved or scruffy!