The comedienne sat down with the late night host on "Jimmy Kimmel Live" on Thursday, where she not only brought up their breakup, she brought back some of his stuff ... from four years ago!

Check out the video above to see all the items Sarah's been holding onto, and her hilarious collage she made just for Jimmy.

Kimmel and Silverman dated for seven(!) years, but the couple broke up four years ago. Since, Jimmy's moved on and got married over the summer to his show's co-head writer Molly McNearney in Ojai, California.

While were sure the box was just a bit, Jimmy did seem to get a little uneasy when his former girlfriend started pulling out his real stuff.

And watch Part 2 of their interview below:

Nevertheless, the two seem like they still have a great rapport and we commend anyone who can date for that long and still be friends with each other.

Side note: How hot does the brunette beauty look? We've never seen her look better! What do you think of Sarah's appearance? Tell toofab in the comment section, and check out even more shocking celebrity splits in the gallery below! 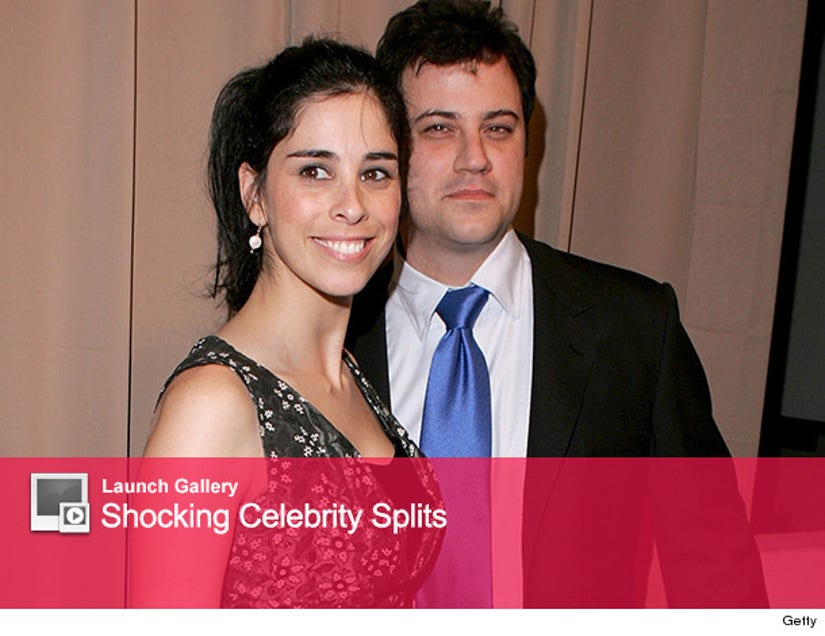