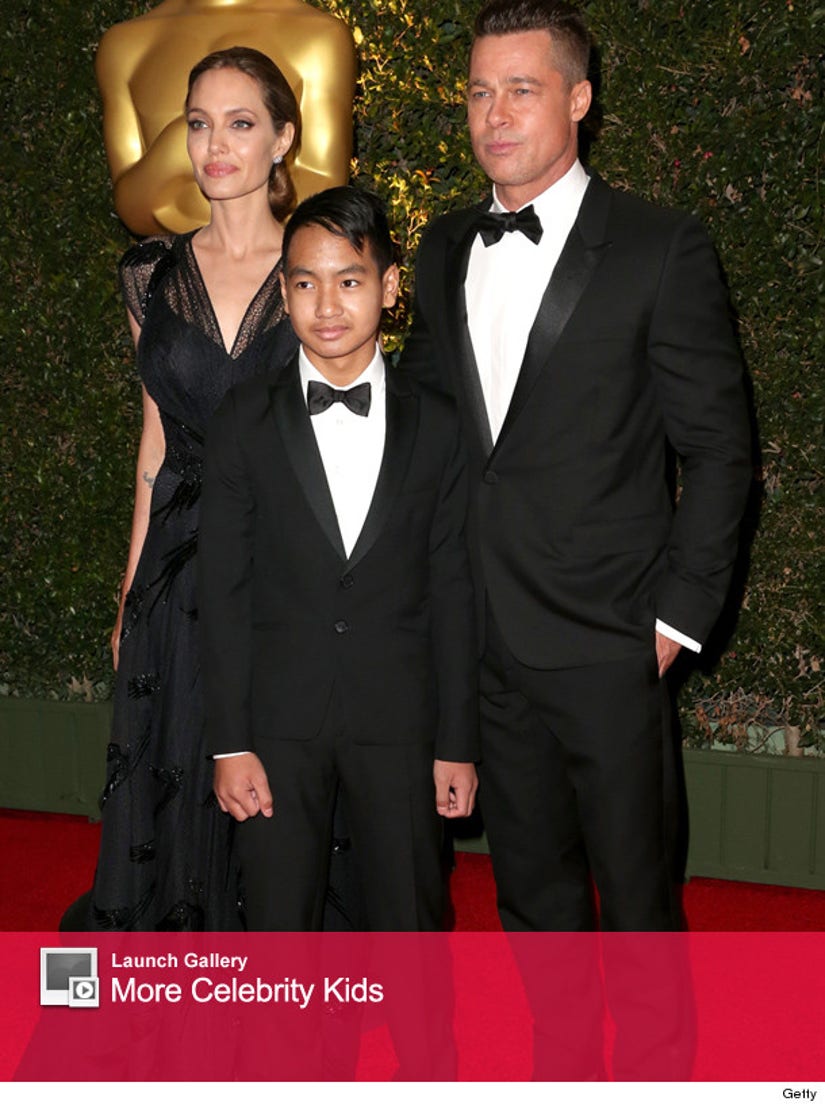 Brad Pitt and Angelina Jolie's 12-year-old son Maddox accompanied his famous parents on the red carpet on Saturday at the 2013 Governors Awards -- where she was presented the Jean Hersholt Humanitarian Award for her work with the United Nations Refugee Agency.

Jolie accepted her award her acceptance speech saying "It's quite overwhelming" before directly talking to her son. "Mad, I'm not gonna cry, I'm not gonna embarrass you, I promise!"

Angie's work with the UN started while she was filming "Lara Croft: Tomb Raider" in Cambodia back in 2001. In 2002, she adopted a then-seven-month-old Maddox from an orphanage the country.

Jolie also thanked partner Pitt for "your support and guidance make everything possible."

Check out more cute celebrity kids in the gallery above!