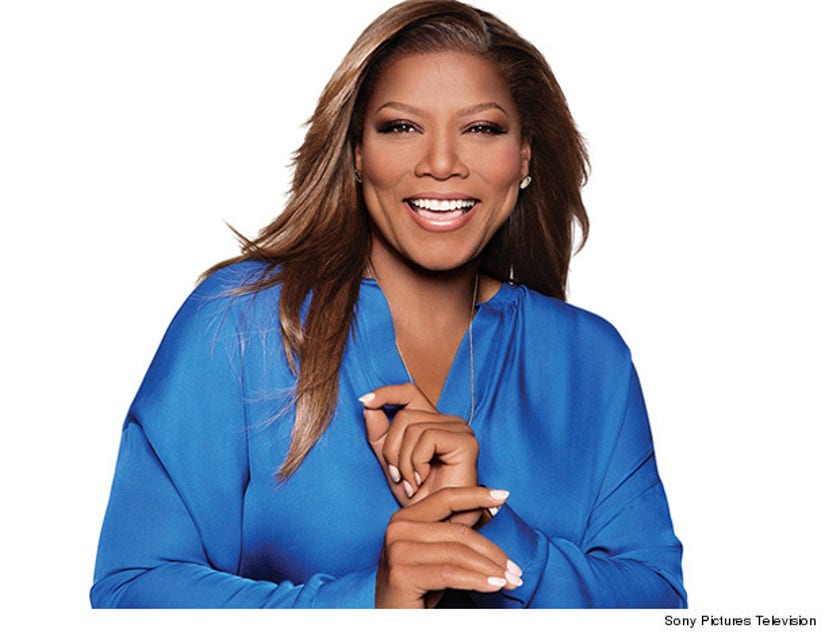 Queen Latifah is becoming the queen of daytime TV!

From surprise duets, pop-culture parodies and daring adventures, to unfiltered, backstage access – “The Queen Latifah Show” has become America's number one talk show. Toofab's Rachel Hoffman joined a group of reporters who talked to Queen about everything from her most surprising TV moments to her biggest inspirations.

Who's been your favorite guest so far?

Queen Latifah: One of the most fun ones was Cloris Leachman. She and I got it. We got the inside joke that she was going to do whatever she wanted to do that day. It was kind of funny trying to structure that for the TV audience, but it was so much fun -- and I think we were able to translate that.

You always have fun segments for your guests, including Dolly Parton rapping! If Queen Latifah was a guest on your show, what would you like her to do?

Queen Latifah: She could do everything from rap to DJ to go to the gun range to talk about some serious topics that might be on all of our minds as Americans and citizens of the world. I would love take a ride on her motorcycle with her too!

What have been your most surprising moments so far?

Queen Latifah: Some of the surprises have been our crazy audience -- and a lot of that stuff doesn't make air -- and some of the crazy things that come out of my mouth when we're off air. It's much more relaxed, casual, and zany than what you sometimes see on the show… Obviously, we have to edit some of it so that it works for our viewing audience at home.

What are some unexpected challenges that you have faced?

Queen Latifah: I think the challenges for me probably range from getting really comfortable being the person interviewing my peers because I'm much more used to being the one answering the question. That's been a bit of a learning curve for me -- which I'm adjusting to and becoming much more comfortable with.

How are you adjusting to the busy schedule?

Queen Latifah: I'm really starting to get into a flow of it and getting into the rhythm of it. There's a lot of work involved. One of the main challenges is being able to handle the workload of what you're doing and really be present at the same time. It gets more and more fun -- which is the goal – to really make it something that's like old shoes eventually. And I think I will get there.

Who has inspired you?

Queen Latifah: There have been so many through the years that have shared their wisdom with me. I loved watching Pearl Bailey on TV and Carol Burnett - she was one of our guests. Teena Marie influenced me musically -- so did MC Lyte and Salt-N-Pepa. They gave me wisdom early along the way. Alfre Woodard, Angelina Jolie, Sharon Stone -- everyone that I've worked with, they shared a bit with me, taught me. But, I think my mom is the biggest influence on me because if she's cool with things, then I'm cool with it. And she always has some wisdom to share with me -- even in my toughest moments.

You have been embraced by people with very different backgrounds. Why do you think you have such universal acceptance?

Queen Latifah: I think part of it is the fact that I'm a black woman, but I grew up in a family that was very multi-cultural. I had a Filipino aunt, I had a white aunt. I had interracial couples in my family. I had gay people in my family. I had people who were on the right side of the law, people who were on the wrong side of the law. I had sober people, I had drug-addicted people. I've had so many different kinds of people in my own family that I was exposed to at a young age … All these people helped me become who I am today -- and more importantly, to look at people as people. And it's made me comfortable in my own skin. I allow myself the freedom to change and become whoever I want to be.