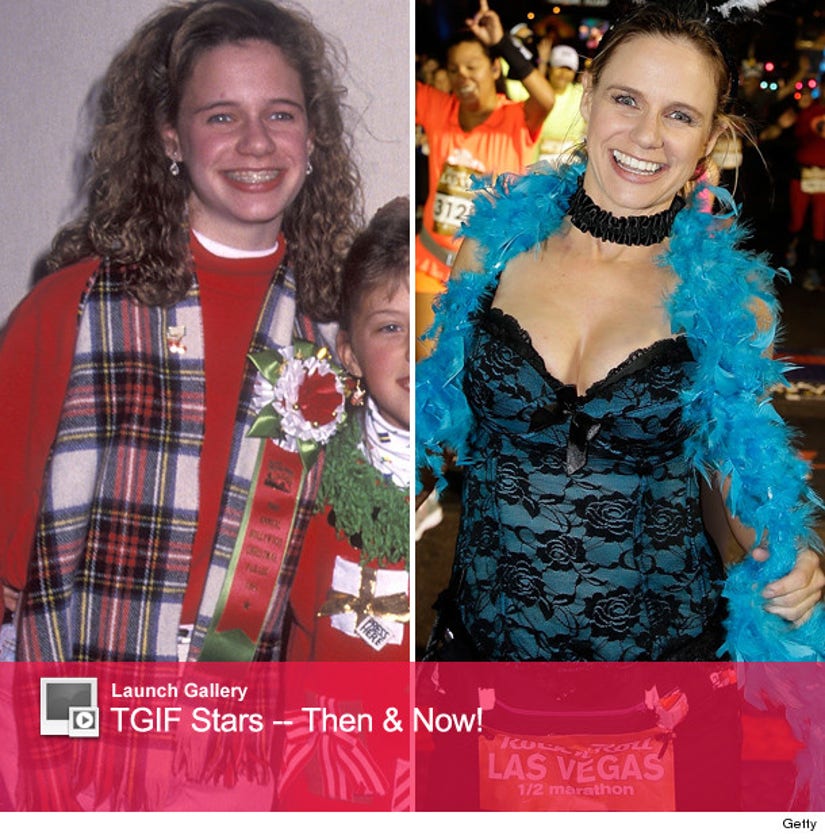 If this is what Kimmy Gibbler looks like after running a half-marathon, she's doing something right!

Andrea Barber, who played the most annoying next-door neighbor ever on "Full House," resurfaced in Las Vegas this weekend -- sporting some sexy lingerie for the annual Rock 'n' Roll Las Vegas Marathon benefiting the Crohn's & Colitis Foundation of America.

With a feather boat, short skirt and cleavage on display, we gotta say, the 37-year-old looks great ... especially considering this pic was snapped at the end of her run.

Barber is actually an avid runner, having taken part in three different half-marathons this year alone.

Since being on the classic TGIF sitcom, Barber went to Whittier College, got married and is now the mother of two kids. She has also stayed close with costar and onscreen BFF Candace Cameron.

The two were interviewed together earlier this year on "Katie" -- check out their clip below. Plus, see more TGIF stars from shows like "Step by Step," "Boy Meets World" and "Sister, Sister" above!