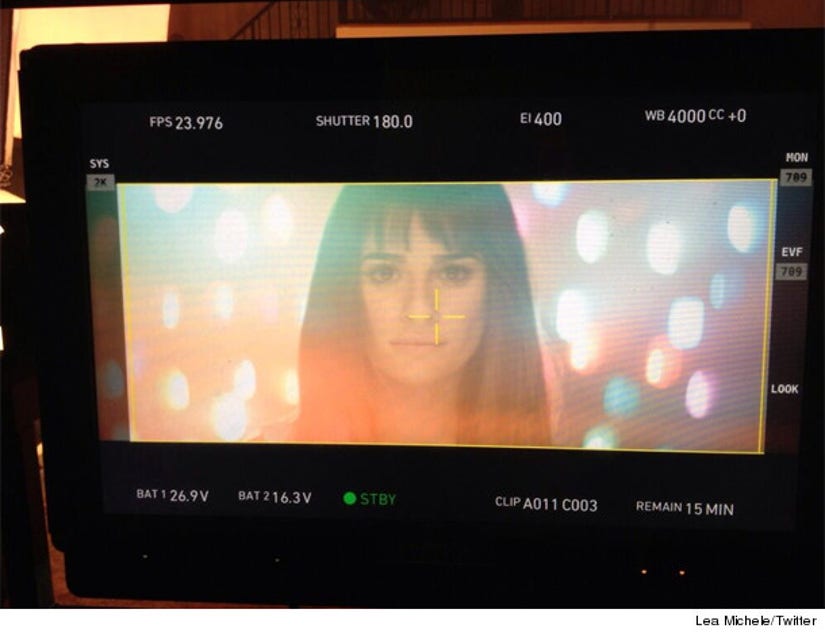 The “Glee” starlet posted a flurry of snapshots on Twitter on Sunday, giving fans a sneak peek of her first music video shoot.

“SO EXCITED SHOOTING MY VERY FIRST MUSIC VIDEO TODAY FOR THE FIRST ALBUM SINGLE!” she tweeted. 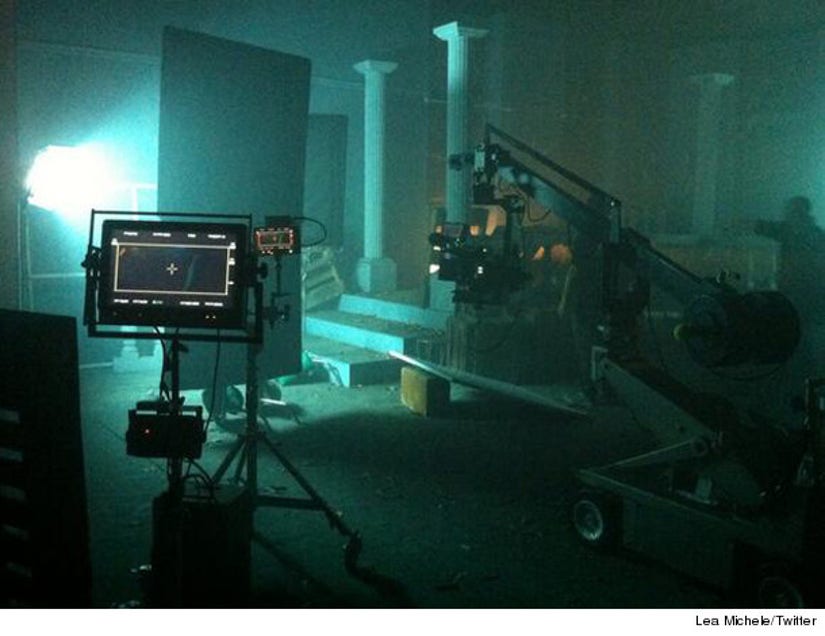 Looking into the camera with those famous smoky eyes, Lea shows off a sexy new look! Wow, what would Rachel Berry say? 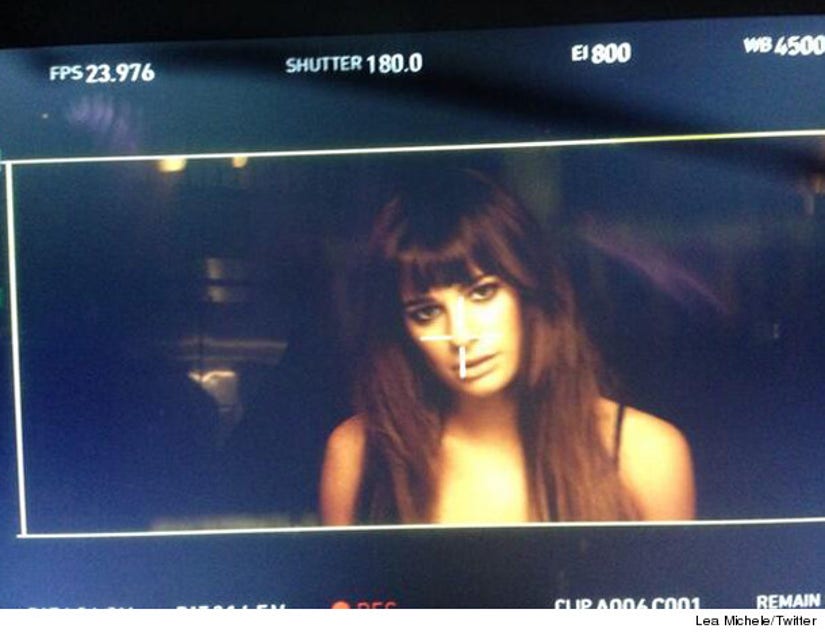 The 27-year-old has stayed mum about when the album will be released, but she spilled some details to Elle magazine about a song she recorded about Cory Monteith.

“The album was done, and the label said, 'Do you want to add anything?' I was like, 'I might regret it if I don't,” Lea told the mag. “It makes me so happy, this song. It makes me think so much of Cory. It was ours. When I think of him, I play this.”

The brunette beauty has also been hinting about an upcoming performances as well, writing, "At rehearsal now practicing w/ my band for my first live performance of my single! Which is happening very soon! #DreamComeTrue."

We can't wait to hear Lea's album! Are you excited to see Lea's first music video? Tell toofab in the comment section below.