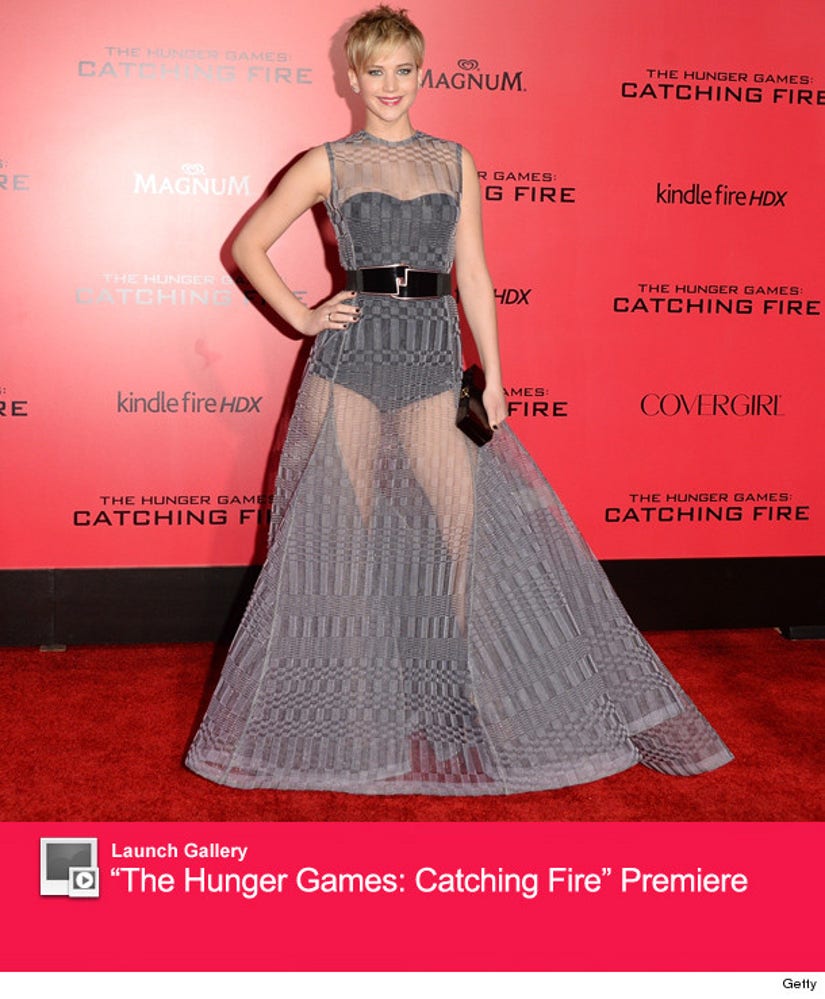 Jennifer Lawrence was definitely the woman of the hour at last night's premiere of "The Hunger Games: Catching Fire" in Los Angeles -- hitting the red carpet in a see-thru Dior Haute Couture gown that accentuated her impressive physique and killer legs.

And while her new pixie cut has been hit or miss with its styling for previous premieres, she definitely got it right this time. We love how it looks on her here.

The actress only posed for photos and signed autographs for fans at the premiere, skipping the press line entirely. She was reportedly sick.

Woody Harrelson also showed up at the last moment, waiting to hit the red carpet after half the press line has already called it a night!

Check out all the photos from the premiere above!