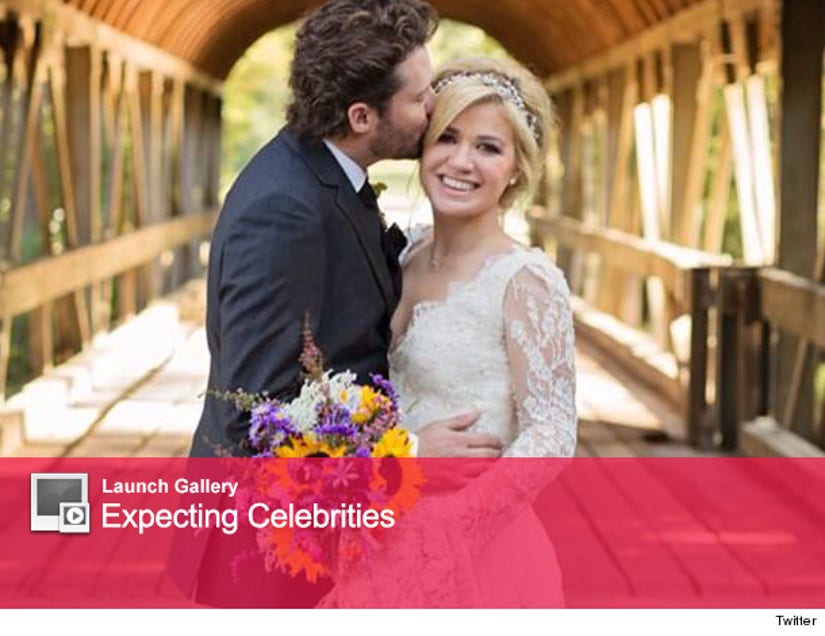 Kelly Clarkson is expecting a bundle of joy!

The “American Idol” alum announced her pregnancy on Twitter on Tuesday, writing “I'm pregnant!!! Brandon and I are so excited! Best early Christmas present ever :)."

This announcement isn't too much of a shock!

The singer recently sat down with Jay Leno where she opened up about starting a family with her hubby Brandon Blackstock.

She told the late night host that she and Brandon have been actively trying to get pregnant. "Practice makes perfect!" the singer exclaimed.

"We are not announcing anything right now. We're not, no!" Kelly added. She did say, however, that she and Blackstock are having sex "like rabbits."

The "People Like Us" singer has already been getting pretty used to parenthood -- Brandon has two children, Savannah, 11, and Seth, 7, from a previous relationship.

What do you think of Kelly's pregnancy announcement? Tell toofab in the comment section below, and click "Launch Gallery" above to see other expecting celebrities!