Sporting a full-length fur coat, a very low-cut black dress and pulled-back hair, a very glam Kim Kardashian stepped out in NYC on Tuesday with her 5-month-old daughter.

While the reality TV star kept baby North covered up for one of her first public outings, Kim definitely didn't do the same for her cleavage!

The sighting comes after Kanye West released his racy (and awkward) new music video for "Bound 2," which features a topless Kim getting down with the rapper on a motorcycle.

West opened up about being a father on today's episode of "The Ellen DeGeneres Show," saying that parenthood has made him "super focused" and determined to "establish the exact foundation I want for my family."

We haven't seen too much of little Nori in public, but Kim and the Kardashian clan have been tweeting pics since her birth. See more below: 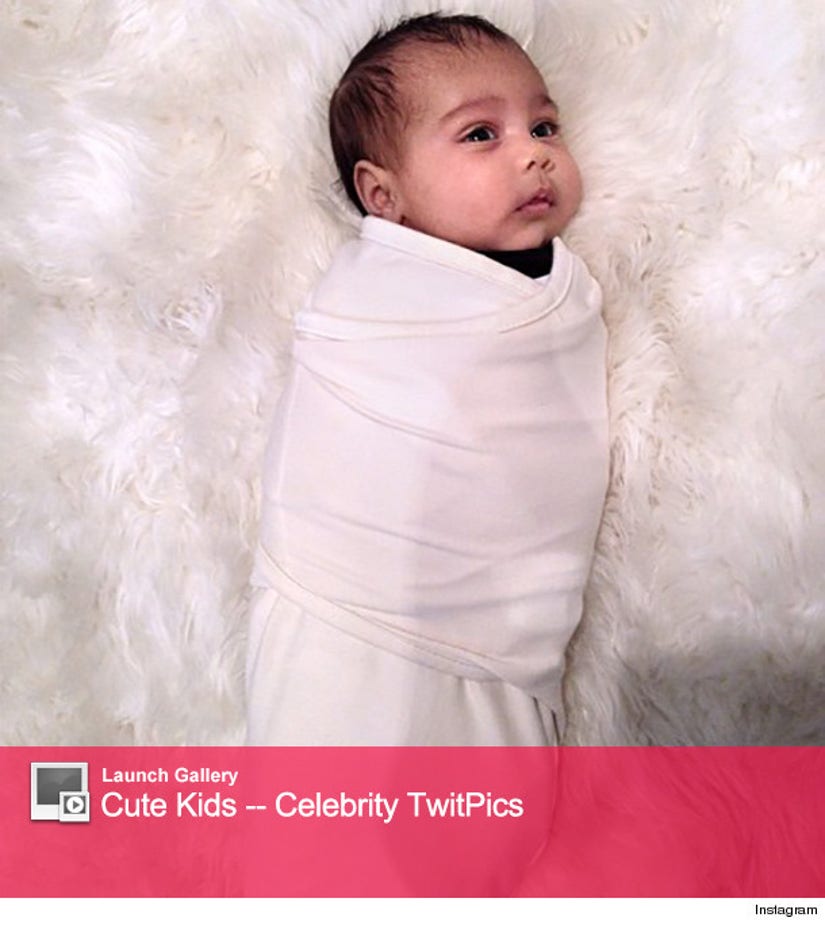