Kanye West sure picked an interesting place to premiere his new video: "The Ellen DeGeneres Show."

Featuring a topless Kim Kardashian gyrating on a motorcycle and lyrics like "I wanna f**k you hard on the sink, after that give you something to drink," it was definitely an odd fit for the daytime talk show.

The video shows a ton of very intimate scenes between Kanye and Kim, who get it on while riding a bike through the Grand Canyon. Yep, it's pretty much another sex tape!

During his interview on the show, West opened up about his baby mama and what it is he sees in her -- plus, see what he said about North West.

"She's an important person that when I was at my lowest moments I could get on the phone with her and she would make me feel like, you know, I was here for a reason and I was, you know, I had something to say and just support me through that," he explains.

"It's incredible to have a woman like that, that you know is not using you for money," Kanye continues. "I just have to word it like that because once you become like a multi-millionaire there's a certain type of women out there that they go for that and they'll put on the whole act and everything. But to have someone that's, you know, has their own s**t, her personality is so calming."

Check out the steamy clip above -- what do you think of the music video?

And speaking of Kim, this is what she wore out to dinner last night in NYC -- a completely see-thru top that left little to the imagination. See more of her sexiest looks below! 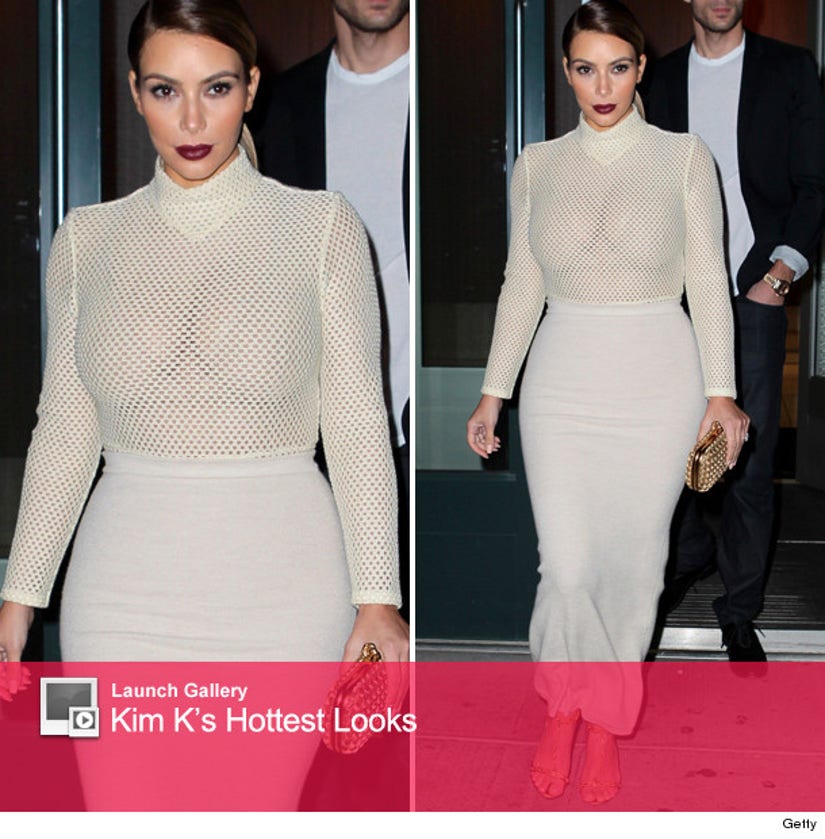