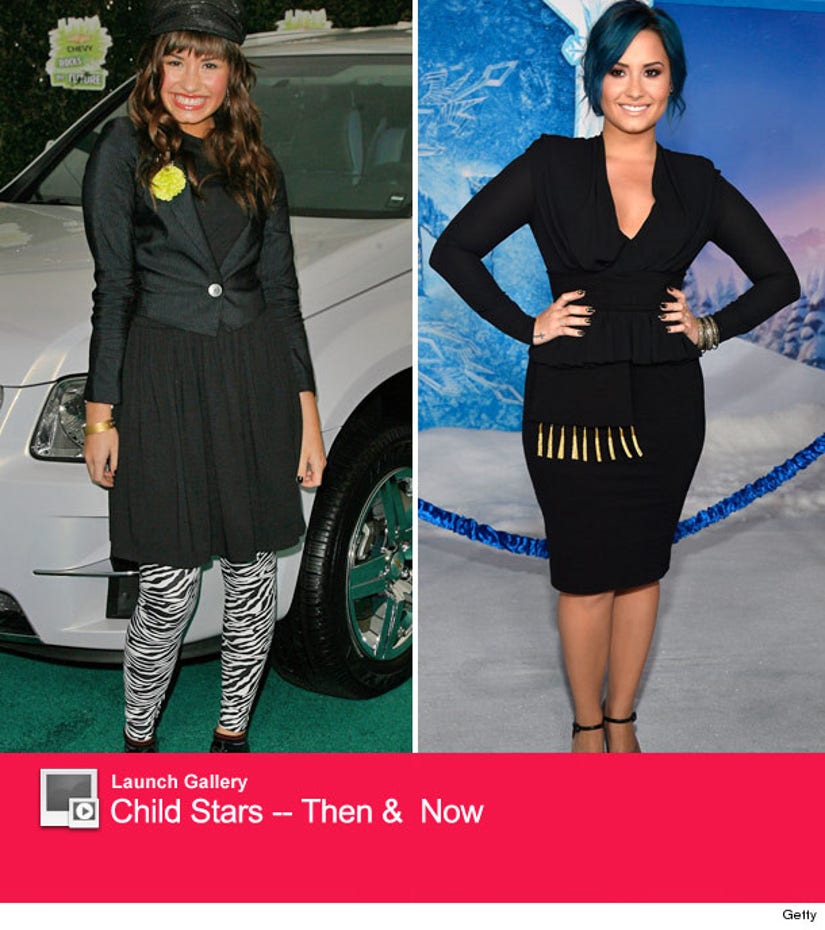 What a difference 5 years makes!

Demi Lovato hit the white carpet for the premiere of "Frozen" last night in Los Angeles, where she proved how much she's changed since she first joined the Disney family back in 2008.

Though she took some time away from the Mouse House for a bit to pursue her own music career, "X Factor" and rehab, she's back -- and looks better than ever.

The singer recorded "Let It Go" for the "Frozen" soundtrack, showing up to the premiere in a sexy (but classy) LBD with matching black heels, black nails and her trademark blue hair.

Lovato opened up about transitioning from child star to adult this week on "Katie," talking about former Disney family members like Miley Cyrus, Selena Gomez and the Jonas Brothers.

"I think that the world kind of needs to get over the fact that she was Hannah Montana when she was like 16 or whatever," she says of Miley. "Same thing with me, but I guess my transition was a little different because I went straight to rehab. I didn't twerk, I just went to rehab."

"It's something that is just—nobody knows her, and nobody knows who I am," she continued. "We're adults now ... I'm 21 and I'm nowhere near the same person that I was when I was 15 ... so go a little easy on us America."

We're loving the new Demi! See how other former child stars have aged in the gallery above! 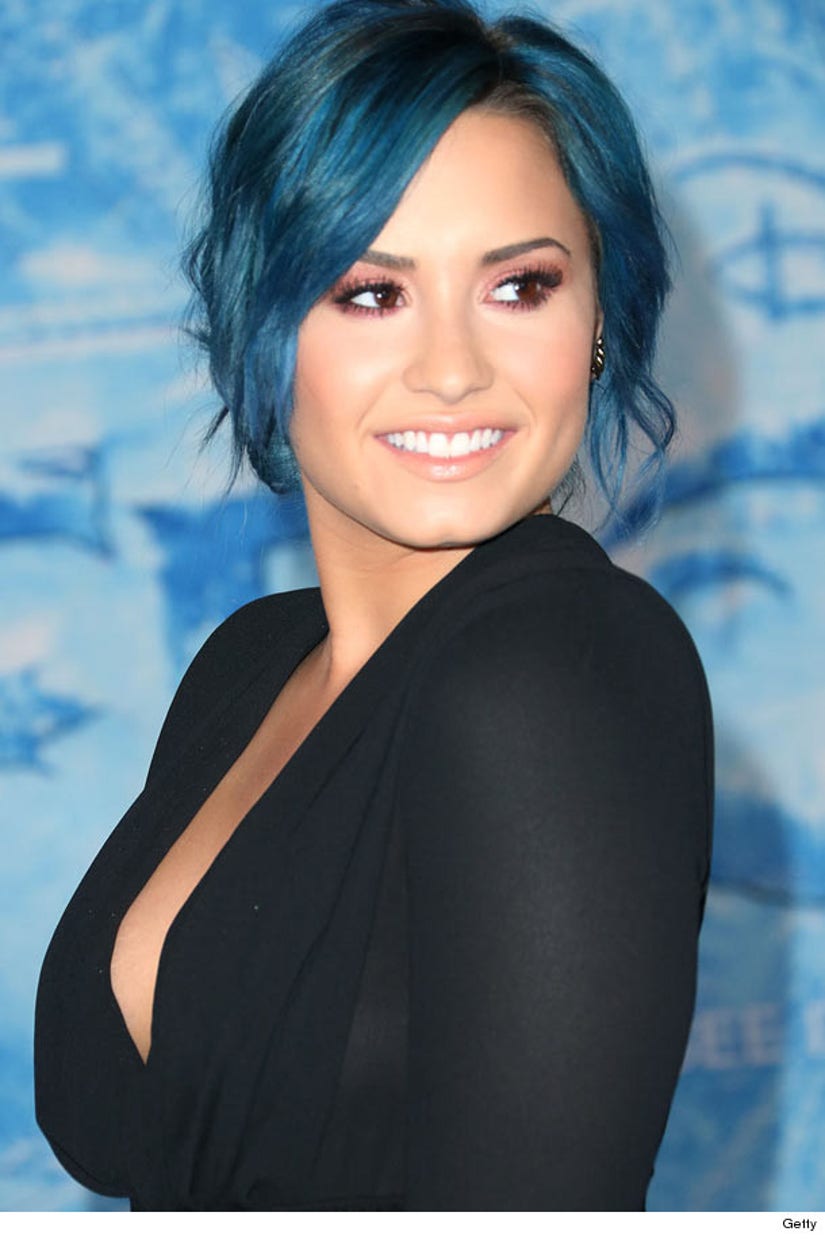