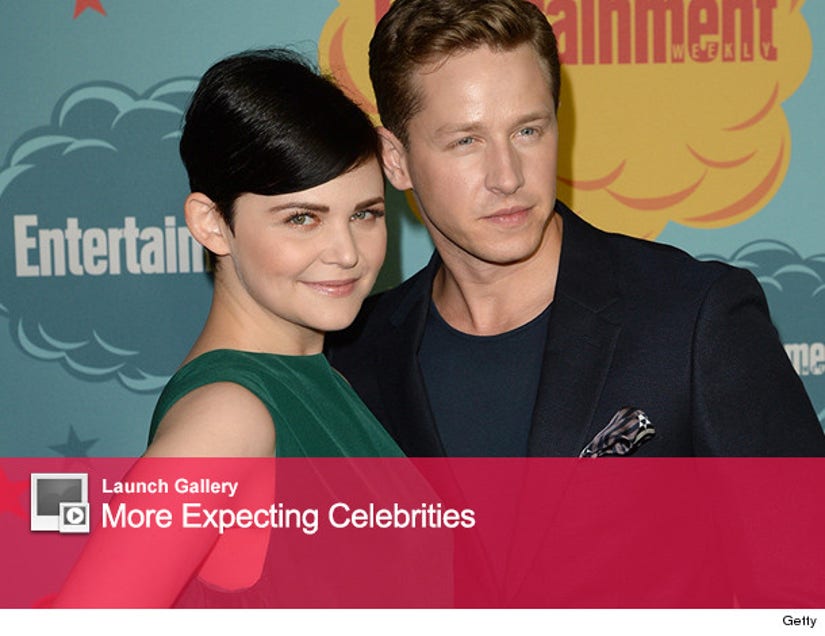 Ginnifer Goodwin has a bun in the oven!

The "Once Upon a Time" starlet is expecting her first child with her costar and fiancé Josh Dallas, her rep confirms to People magazine.

The cute couple first met on the set of their ABC fantasy series and went public with their romance in April 2012.

"They really hit it off," a source told Us Weekly of the adorable duo in 2012. "She and Josh have a blast together and had instant chemistry."

Goodwin and Dallas, who play Snow White and Prince Charming on the show, announced their engagement last month.

Other details, including the baby's gender and due date, are being kept private.

We are so excited for the happy couple, and we can't wait to see their little prince or princess!

Are you surprised by their pregnancy news? Sound off below, and click "Launch Gallery" above to see even more expecting stars!