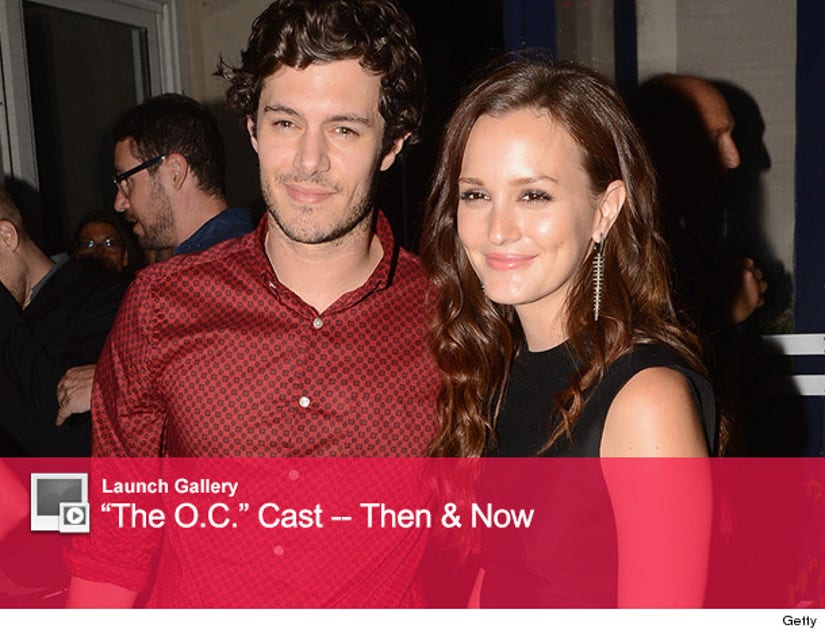 One of Hollywood's cutest couples is tying the knot!

According to Us Weekly, Leighton Meester and Adam Brody are engaged, after less than a year of dating.

“Leighton and Adam are crazy about each other and have talked about getting married eventually,” an insider tells Star magazine. “But she had no idea he would propose so soon! It was the surprise of her life and she's ecstatic!”

The "Gossip Girl" starlet and the "O.C." fave have been friends for years, getting close in 2011 while co-starring in the film, “The Oranges.” They took their relationship to the next level in January.

Adam previously dated director and screenwriter Lorene Scafaria in 2010 and his "O.C." co-star Rachel Bilson, for three years. Leighton was linked to actor Aaron Himelstein before calling things off last year. She broke up with "Gossip Girl" co-star Sebastian Stan in 2010 after two years together.

“Right now their plan is to get married next summer,” the insider added. “They are still deciding if they want a destination wedding or if they'll marry in Southern California somewhere.”

We can't wait to see them walk down the aisle!

Are you surprised by the quick engagement? Tell toofab in the comment section below, and click “Launch Gallery” above to see Adam's "O.C." co-stars, then and now!