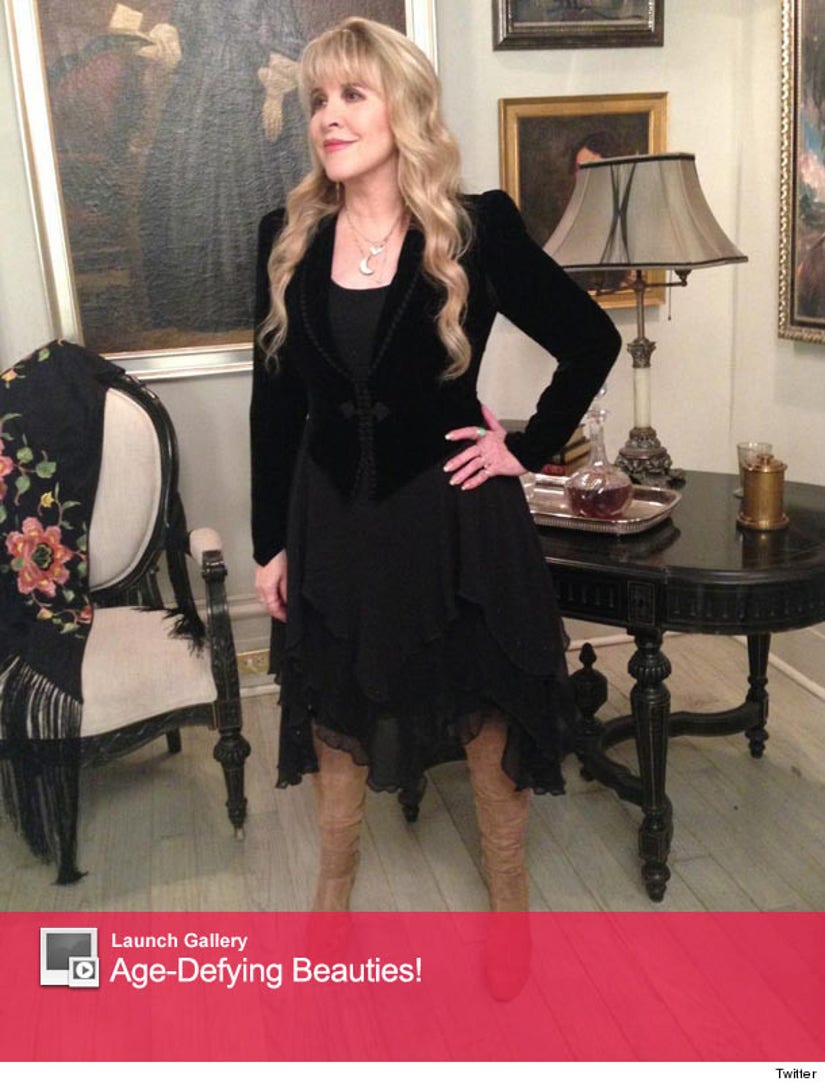 Because how else can you explain how gooood she looked on the set of FX's "American Horror Story: Coven" on Tuesday?

The 65-year-old will appear as herself on the 10th episode of the witchy series, the first airing after the show returns from its winter break.

According to series co-creator Ryan Murphy, Nicks will sing with Misty Day (Lily Rabe), a hippie spellcaster who has a special affinity for the legendary performer.

We can't wait to see her in action alongside Lily, Jessica Lange and the rest of the coven!

Check out the gallery above to see more stars from back in the day who have really held up through the years.