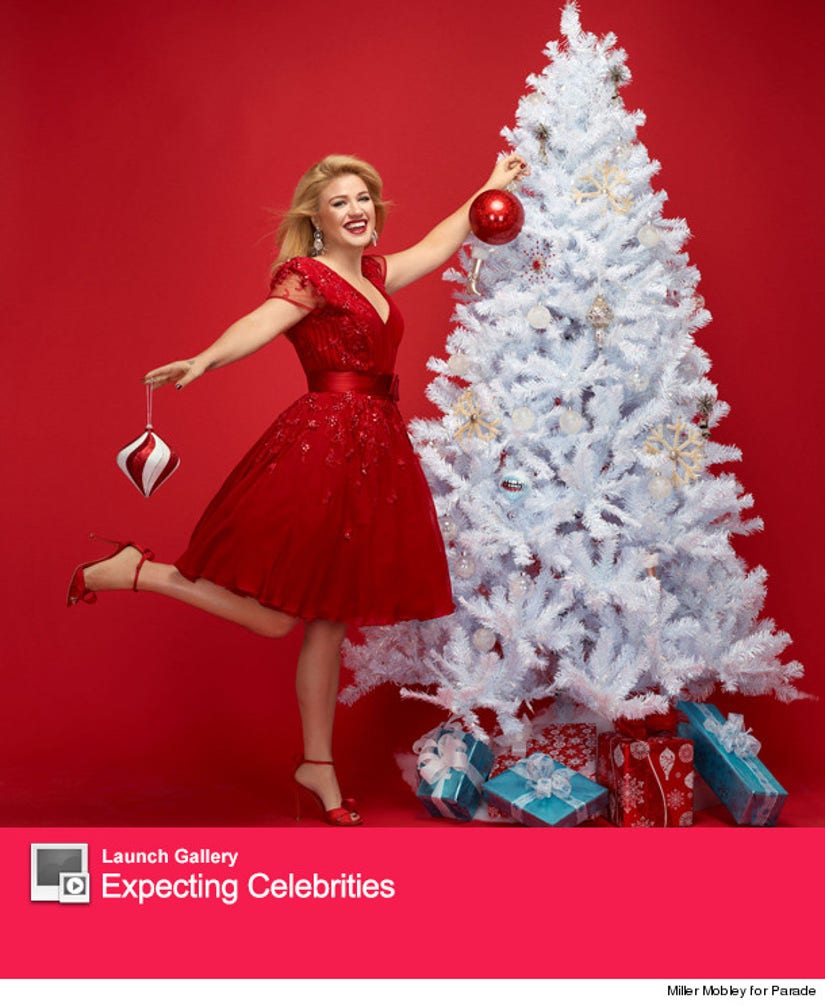 Kelly Clarkson has had a fairy tale year!

The pop star opens up to Parade magazine about her hubby Brandon Blackstock, motherhood and her constant weight criticism!

The singer -- who just tied the knot in October -- says that she cried during her vows with Blackstock.

"I bawled like a baby. We both wrote our own vows, and it was hard to get through them, but I did it. … Brandon was like, 'The Notebook ain't got nothin' on me—come on!' And he took me out [on the lake] in a rowboat. It was very sweet. The whole thing was perfect," she tells the mag.

While Kelly's always been proud of being "Miss Independent," she was definitely lonely before meeting Brandon.

"I was single for almost seven years. Every Christmas, it was like, 'Seriously, I'm still pathetically alone? Awesome. I'm still telling people I'm okay with it? I'm not,'" she reveals.

But everything has come full circle for the country cutie -- earlier this week Kelly announced they're expecting their first child together!

"I'm totally gonna have a girl," she says. "I'm manifesting it! And when I have a girl, you're gonna be like, 'That chick knew it!'"

The 31-year-old's also looking forward to her pregnancy, so she won't have to deal with all the constant weight criticism.

"Everybody calls me fat all the time, so I can't wait to have a reason, instead of everybody just being a jerk!," Kelly tells the mag.

Oh and about getting her post-baby bod back, Clarkson says she's not going to stress about it!

"I've never been Gisele Bündchen, so ain't nobody expectin' that! I like to set a [low] standard so people don't expect a lot," the singer admits.

We love Kelly for always keeping it real -- are you excited for the singer? Tell toofab in the comment section below, and click "Launch Gallery" above to see even more expecting celebs!