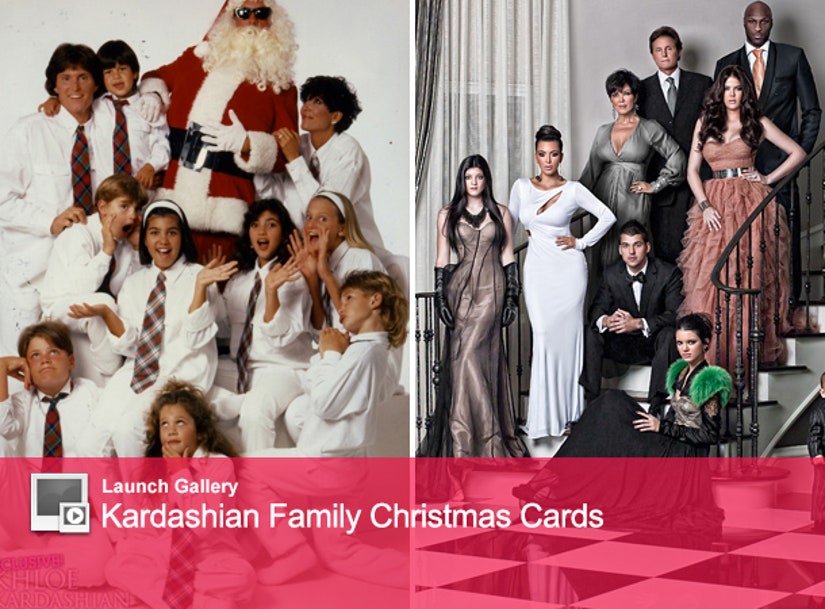 When the Kardashian family releases their annual holiday card this year, there will be a couple faces missing.

toofab has learned that Kanye West, baby North West, Rob Kardashian and Lamar Odom won't be in the picture when it's unveiled during the upcoming special on E!.

In fact, the only man who did score a spot in the coveted shot is patriarch Bruce Jenner.

While Lamar's absence should come as no surprise to anyone who's been following his drama with Khloe Kardashian, we're told Kanye couldn't make it because he was on tour when they took the photo -- which was orchestrated by celebrity photographer David LaChapelle.

But worry not, we'll still see Kanye and Nori in their holiday best, as Kim will release her own card this year with her little family. It's a Christmas miracle!

toofab has also learned that E! licensed nine songs from Elizabeth Chan to be played throughout the episode, which airs December 1st. Check her out on iTunes here.

We can't wait to see the shot when it's released -- they're always so entertaining!

Check out the best holiday cards from years past in the gallery above.