The two were seen throwing Spears a surprise Disney Princess birthday bash on today's episode of "The Ellen DeGeneres Show," where they learned a few of the pop star's famous dance moves.

We're not sure who did them better ... Britney or the girls!

After doing some choreography, the adorable duo donned party hats, sang Britney "Happy Birthday" and presented her with a couple awesome gifts.

We gotta say, Britney's interaction with the two girls is super cute. We can only imagine what she's like with her own two kids at home.

And is anybody else ridiculously jealous SG and Rosie got an exclusive look inside Brit's rehearsals for her upcoming "Piece of Me" residency in Las Vegas?!

Check out the brief sneak peek above, plus all the hilarious footage with our two favorite British moppets! 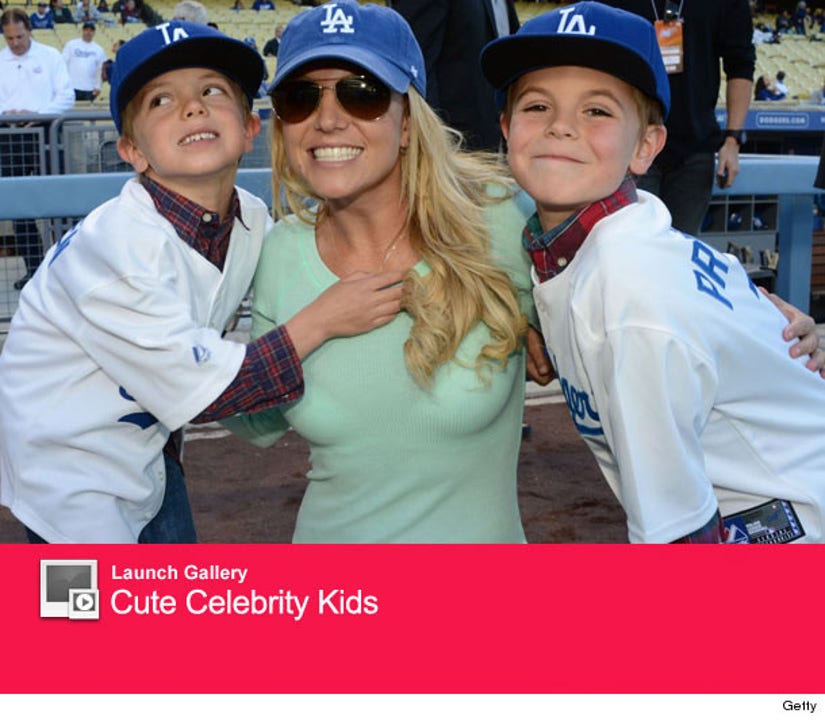