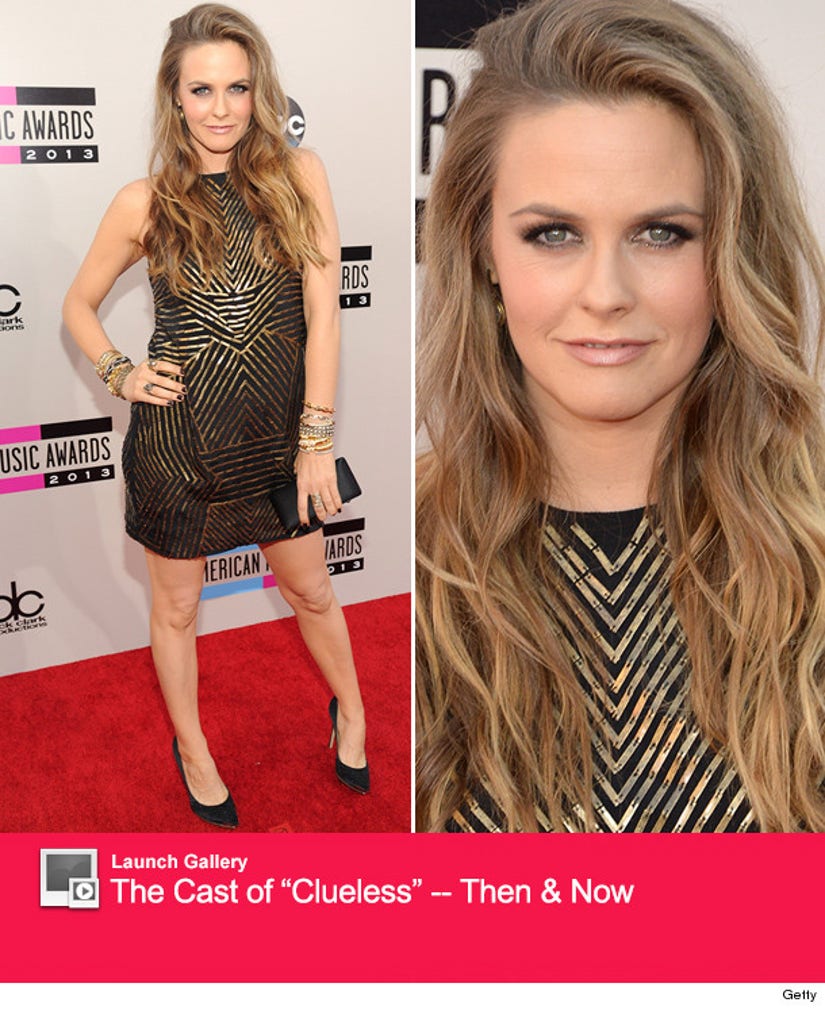 The "Clueless" star looked better than ever at the American Music Awards on Sunday night in Los Angeles, showing up with a look that would make Cher Horowitz proud.

With a perfect face of makeup, her hair in loose waves and a short black and gold dress, the 37-year-old mother of one made us feel like it was 1995 all over again.

Since being in the classic '90s flick, Silverstone went on to play Batgirl, appeared on Broadway, campaigned for PETA and became an outspoken vegetarian. She got married in 2005 to Christopher Jarecki and welcomed baby boy Bear Blu in 2011.

She also recently reunited with her "Clueless" costar Jeremy Sisto in 2012, when she appeared on his ABC show "Suburgatory."

So what happened to the rest of her costars ... and have they aged as well as she did?

Check out our "Cluless" Then & Now gallery above!