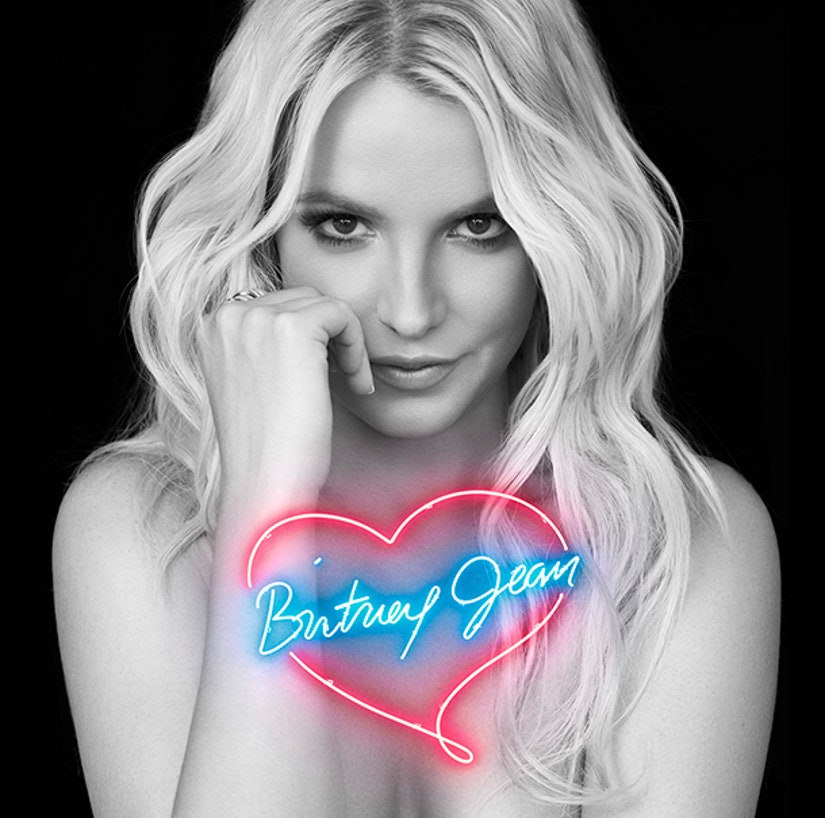 Britney Spears has been calling her upcoming album, "Britney Jean," her "most personal record" yet -- and, yesterday, she finally let us all hear it!

While it won't be available to buy until December 3, the album is currently streaming on iTunes.

Well, it's a fun (but VERY repetitive) pop album, with songs ranging from ballads (the already-released "Perfume") to hardcore EDM (album highlight "Til It's Gone").

Collaborations with will.i.am, Sia and William Orbit lead to a very mixed bag, an album that doesn't seem all that "personal."

Check out our track-by-track review, from a longtime Britney fan, below.

Song: "Alien"
Most Repetitive Lyric: "Not alone, not alone, not alone."
Snap Judgement: This William Orbit-produced track is one of the strongest of "Britney Jean." This hypnotizing song, or club-banger "Til It's Gone" should definitely be her next single.

Song: "Work Bitch"
Most Repetitive Lyric: 3-way tie between "You better work bitch!", "Work" and "Work it out!"
Snap Judgement: ﻿This was not our favorite song when we first heard it -- but it's definitely grown on us. Even with her messy diction, the song is hard-hitting and a whole lot of fun to dance to. Can we put away the British accent now though?

Song: "Perfume"
Most Repetitive Lyric: "I hope she smells my perfume"
Snap Judgement: Penned by Sia for Ms. Spears, this is the most we've heard Britney sing in years. There's almost no hint of auto-tune on this track, which is refreshing among the rest of the digitally-enhanced songs on the album. It's also the only real ballad, so if that's not your thing, just hit skip.

Song: ﻿﻿"It Should Be Easy" (featuring will.i.am)
Most Repetitive Lyric: ﻿﻿"La-da-dee, la-di-daaa"
Snap Judgement:﻿ This song has will.i.am's grubby hands all over it. It sounds like they auto-tuned Britney, and then auto-tuned that version of her vocals ... twice. "Robotney" is in full effect here. That being said, the chorus is very, very catchy. "Scream & Shout" fans (and there were a lot of them) will like it, the rest probably won't. It's one of the weakest tracks.

Song: ﻿﻿"Tik Tik Boom" (featuring T.I.)
Most Repetitive Lyric: ﻿﻿"Tik Tik Boom" ... if that's what she's really saying.
Snap Judgement:﻿ It sounds like she's actually singing "D**k, D**k, boom" the entire song. If you can get past that, this is an enjoyable song that Rihanna probably should have recorded.

Song: ﻿﻿"Body Ache"
Most Repetitive Lyric: ﻿﻿"You make my body ache"
Snap Judgement:﻿ will.i.am and David Guetta worked on this one with Brit, putting the back beat from "Scream & Shout" to better use. Fun, but also kinda forgettable.

Song: ﻿﻿"Til It's Gone"
Most Repetitive Lyric: ﻿﻿"... gone"
Snap Judgement:﻿ Best song on the album. Hands down. Part "I Wanna Go" and part-Daft Punk, it's clearly the song you'll want to put on blast and dance to, on repeat. Did we mention it's our favorite?

Song: ﻿﻿"Passenger"
Most Repetitive Lyric: ﻿﻿As one of the more straight-forward songs, it's actually not that repetitive. Win!
Snap Judgement:﻿ Though one of the more subdued tracks, it's also one of our favorites. It sounds like something from one of her earlier albums, with a chorus you can actually sing along to ... and not more EDM noise. Katy Perry has a writing credit on the song, which isn't that surprising after hearing it.

Song: ﻿﻿"Chillin' with You" (featuring Jamie Lynn Spears)
Most Repetitive Lyric: ﻿﻿"When I'm witchu, I'm chillin', I'm chillin'"
Snap Judgement:﻿ Oh, how we wanted more from this. Britney's duet with her sister is by far the low-point of the album. Both of their voices are auto-tuned beyond belief, which is too bad since Jamie Lynn is actually a pretty good singer. "I drank some red wine and now I'm walking on the sky" are actual lyrics. NEXT!

The "Deluxe" version of the album promises three more songs and we can't wait to hear them.

To check out the streaming album, click here and then click "View In iTunes." What do you think?