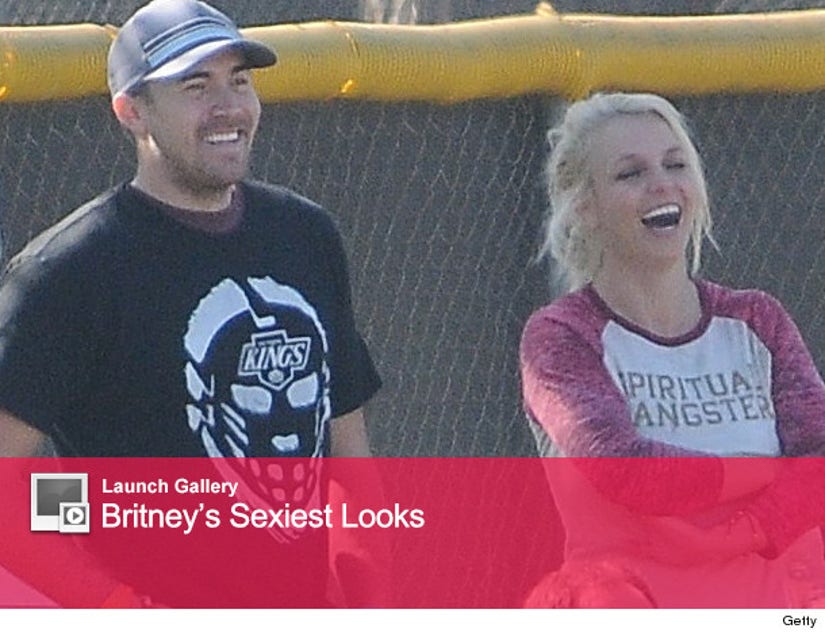 Britney Spears is head over heels!

The singer opens up about her boyfriend David Lucado in her latest interview with Entertainment Tonight, where she doesn't stop gushing about her new beau.

"I'm in love," she tells ET's Rob Marciano about Lucado. "I like the fact that he's very stubborn and he's stuck in his ways. He's just a simple man. I adore him. He's really funny and he's really passionate. I love the fact that anything he's involved in he's passionate about, and it's contagious."

Despite Brit's rocky relationships in the past, it looks like everything is working out for Spears now.

The twosome seem really happy and spend all of the pop star's down time together -- whether it's going to the store or watching her boys Sean, 8, and Jayden, 7, play soccer.

It takes more than just charm to win over Spears and her family, though -- Brit also says that her dad, Jamie Spears, did a little investigating of his own before the two got serious.

Did Jamie really conduct a background check on Lucado? "That is true," the "Work Bitch" singer says about the rumors. "My dad's a little crazy like that."

Well, when you're one of the biggest pop stars in the world we can see why your family is a little protective of who you date!

What do you think about Spears' latest romance? Tell toofab in the comment section below, and click "Launch Gallery" above to see some of Brit's sexiest shots!