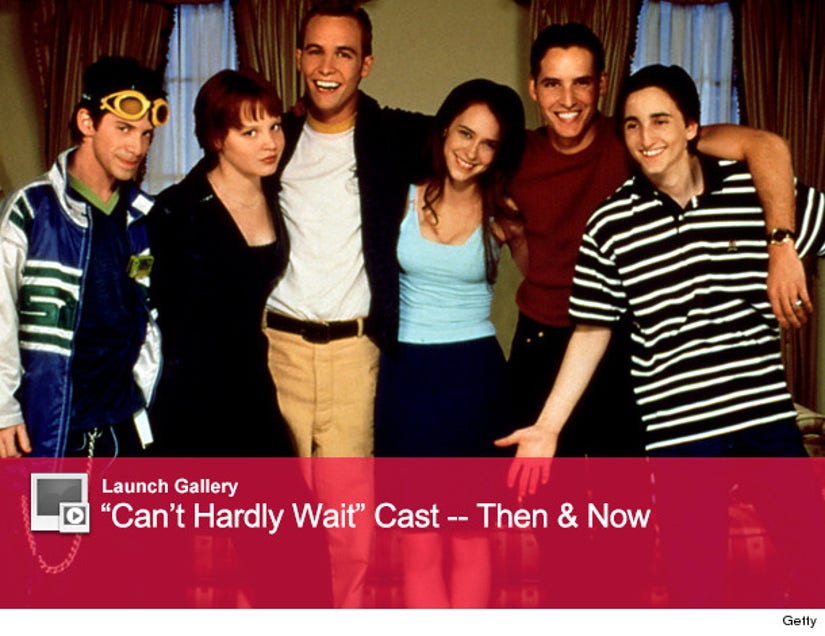 The actor, who's celebrating his 40th birthday today, seems to be getting better with age.

Since he stole our hearts as Mike Dexter in "Can't Hardly Wait," Peter has become one of Hollywood's hottest leading men. He's a fan favorite in the "Twilight" series, playing Dr. Carlisle Cullen, a small town doctor who serves as the patriarch of a clan of vampires.

In 2010, Facinelli started his own production company, Facinelli Films. The company's first film, "Loosies," was released in 2012.

Facinelli married actress Jennie Garth back in 2001. However, after nearly 11 years of marriage, the couple filed for divorce in 2012. They share joint custody of their three daughters, Luca, Lola and Fiona. He is now dating actress Jaimie Alexander.

In honor of Peter's birthday, we're taking a look back at our favorite 90s flick, where the actor first stole our hearts. Click “Launch Gallery” above to see the cast of "Can't Hardly Wait," then and now!