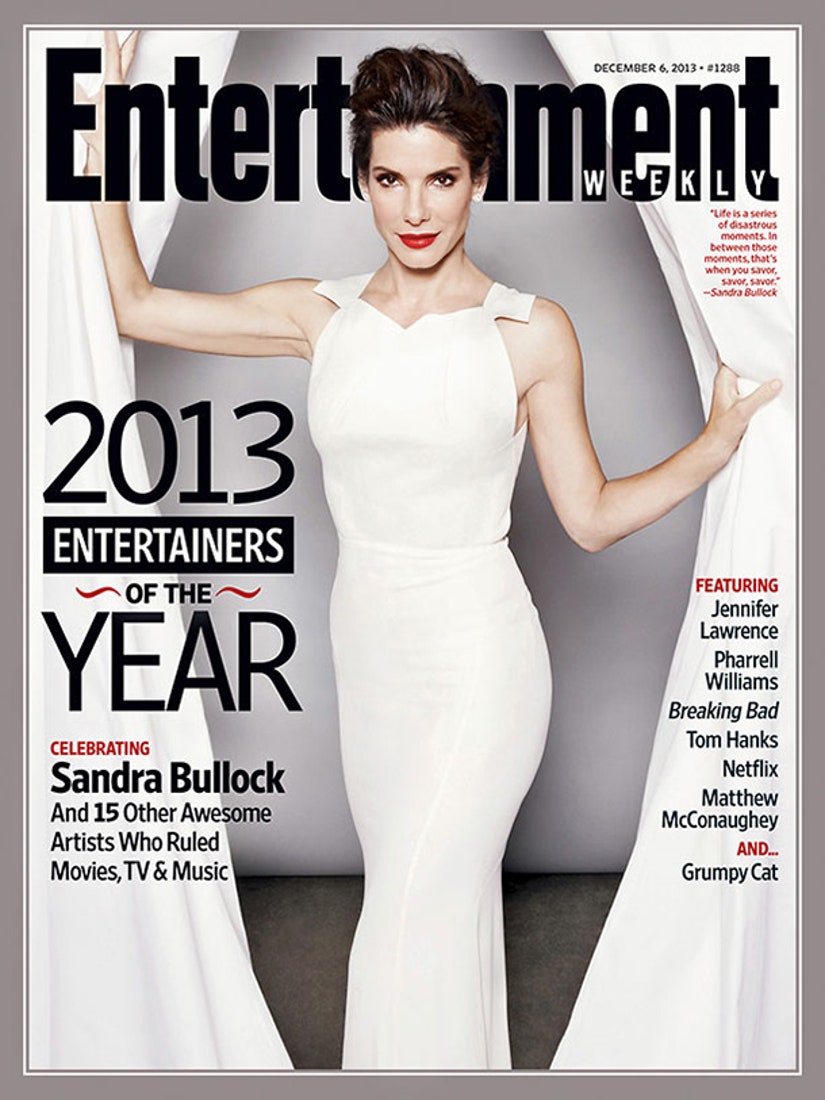 Sandra Bullock is EW's Entertainer of the Year -- and we have to agree, she rules!

The 49 year-old has had a stellar 2013 with two box-office smashes – "The Heat" and "Gravity" – to add to her already prolific and acclaimed resume.

Sandra chatted with the mag on how she didn't expect to be the straight man in the comedy "The Heat" opposite Melissa McCarthy's craziness.

"Once I realized that that drove the film, I had to step back," she says. "Otherwise I would've been fighting for something that would've ended up on the cutting room floor. It wasn't what I was hoping for, but the end result was the success of the film and people liking us together."

The Oscar winner for "The Blind Side" is also getting some serious awards buzz for her dramatic turn in the epic space odyssey "Gravity." Her co-star in the film, George Clooney, recently revealed that Sandy has a dirty little habit of drunk dialing him at 3am.

When asked about it, she joked, "Yeah, I heard, I heard. You know what? I'm so embarrassed for him because I think he's showing his vulnerable side. It's a booty call. But then he wants the commitment and the marriage and I'm like 'Dude, I don't have the time.' And he's all 'But I'm not a one night stand kind of guy.' Well, then, I can't. Drunk dialing is what it is, George. I just need an hour of your time.”

But America's Sweetheart also seriously opened up about her relationship status: "If [a relationship] should come along, great. But I feel like I'm not missing anything yet. Maybe one day I will. But my son is 3 years old, which is an amazing age. Four is an even better age. So if something happens, great, but if not, I've got plenty to do."

Though Sandra is the obvious and right choice to be crowned Entertainer of the Year, she almost missed out on the opportunity of a lifetime to play Dr. Ryan Stone in “Gravity” - Angelina Jolie was set to play the part, but turned it down to direct “In the Land of Blood and Honey.”

Check out other A-lister's who turned down famous roles, including Sandy's Oscar winning one, in the gallery below. 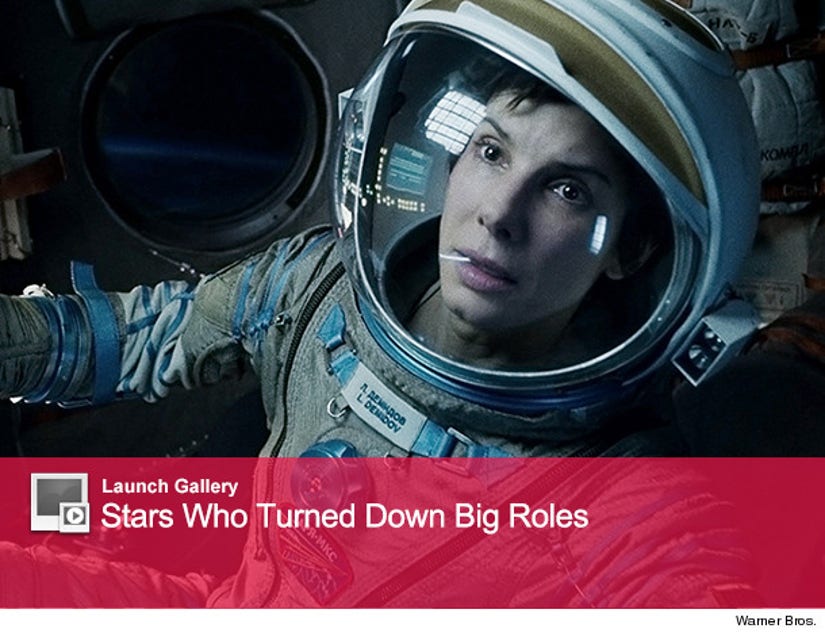 Sandra is joined by 15 more EW Entertainers of the Year, including Matthew McConaughey, Jennifer Lawrence, and Miley Cyrus. The issue hits newsstands on November 26th.