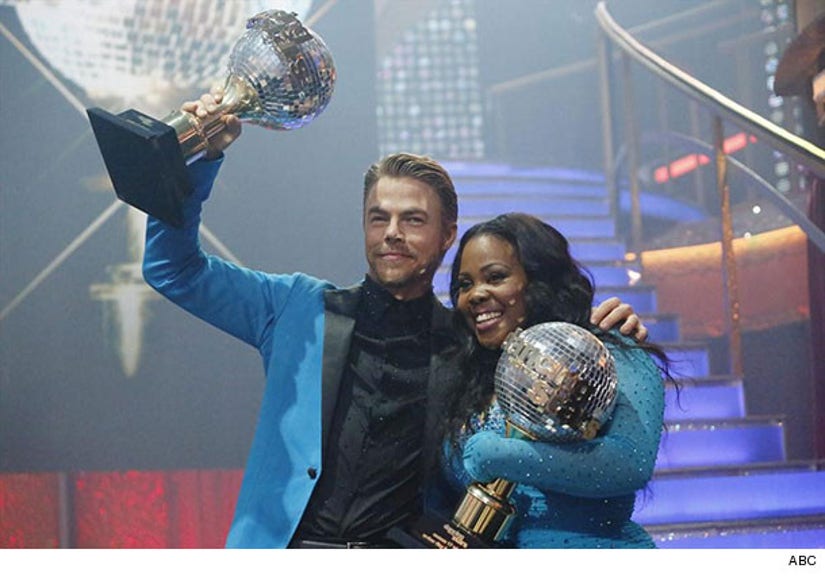 The actress and partner Derek Hough won the 17th Season of "Dancing with the Stars" on Tuesday night, beating out third place competitors Jack Osbourne and Cheryl Burke and runners-up Corbin Bleu and Karina Smirnoff.

The winning duo were the only ones who scored a perfect 30 for their final dance, a samba-quickstep combo that Len Goodman called "bedazzling."

Both Jack and Corbin got nines all around from the judges, scoring 27 total each.

Fun facts: Both Jack and his sister Kelly Osbourne came in third in their respective seasons. Also, this is also the fifth win for Derek.