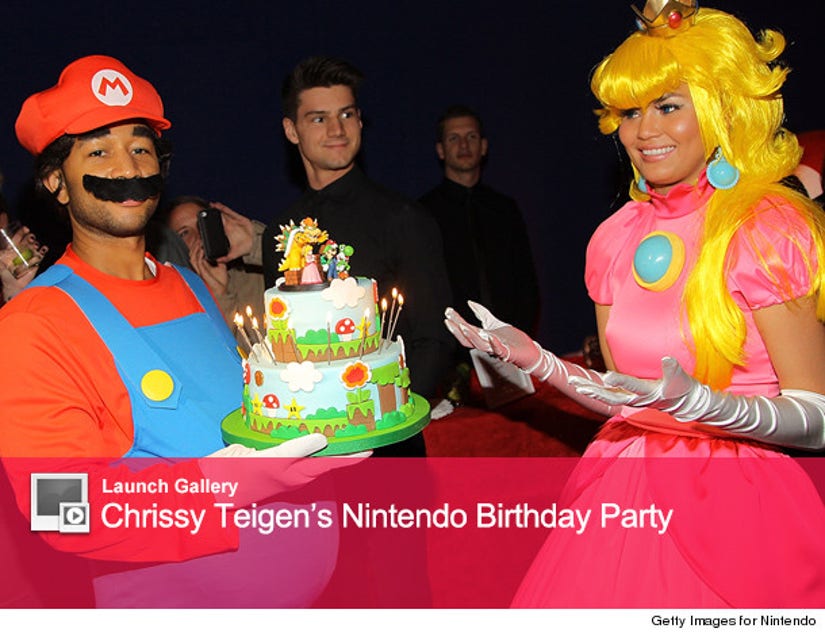 Chrissy Teigen may be in her late 20s, but she's still a big kid at heart!

The Sports Illustrated model celebrated her 28th birthday with a Super Mario 3D World party in West Hollywood, on Tuesday.

Chrissy and hubby John Legend went all out for the birthday bash -- the R&B singer dressed up as Mario (even adding one hilarious fake belly) and Teigen appropriately went as Princess Peach from the popular video game.

Even the ambiance of the party was decorated to fit the Mushroom Kingdom theme, from specialty drinks like "Princess Peach Bellini" and "Mario Power-Up," to classic Mario elements and characters which filled the room.

The two were also joined by their closest friends and family for the fun festivities. What do you think of Chrissy's Nintendo birthday bash? We're totally jealous!

Tell toofab in the comment section below, and click "Launch Gallery" above to see all of the party pics!