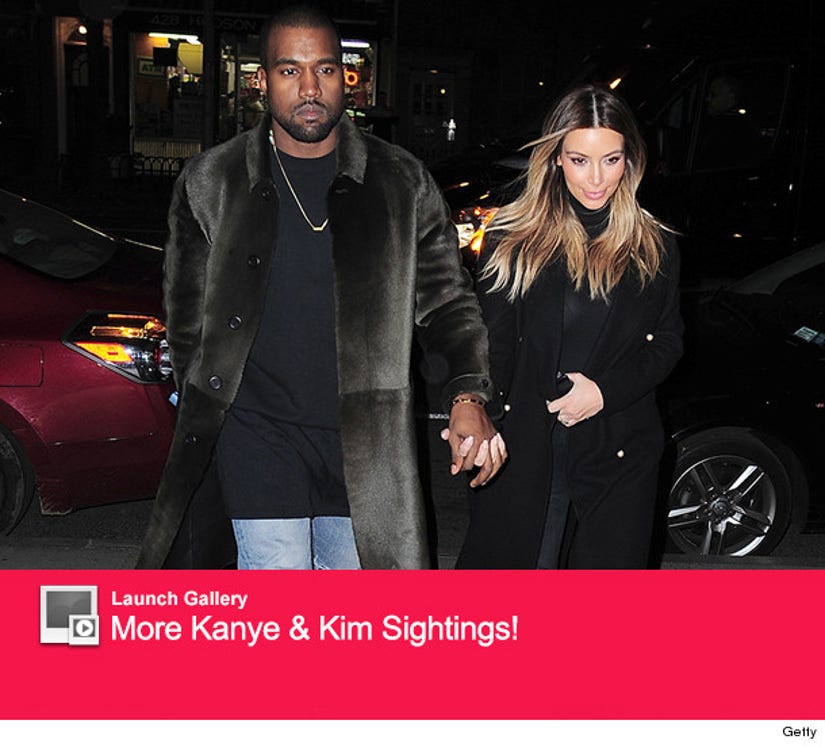 Kanye West was all over the place this week, doing some insane radio interviews and talking about everything and everyone from Kim Kardashian to Michelangelo.

Along the way, he got into a heated argument with Sway, dissed "Keeping Up with the Kardashians" and called for a ban on Louis Vuitton products. It was a very interesting couple days.

We've scanned through his 1:1s for all the best moments -- keep reading to see the most WTF-worthy quotes!

"My daughter is in a position of a level of royalty like the prince and princess in London."

On providing for his family (and ditching Nike for Adidas):

"The old me without a daughter might have taken the Nike deal 'cause I just love Nike so much. But the new me with a daughter takes the Adidas deal because I have royalties and I have to provide for my family."

On Louis Vuitton (the fashion house allegedly dissed him in Paris):

"Everybody in New York City right now, don't buy any Louis Vuitton until after January. Now do you wanna meet with me? Influence…they think that I don't realize my power."

On his cheesy looking "Bound 2" video:

"The reason why Obama mention our name is cause we're most relevant. He's just saying that trying to be cool. Obama was supposed to the coolest person on the planet, now he gotta say our names to be cool. It's like a feature, we feature in his interviews right now. They need a feature from us to get relevance."

On "Keeping Up with the Kardashians":

"I don't really do her show just because I don't particularly like the way the producers shoot some of the shots. I'm very meticulous to that, right? I like to get a different [director of photography] or whatever."

"All barber shops, fashion designers, architects, corner stores, Wall Street, all over the world: Y'all acting like this ain't the most beautiful woman of all time! I'm talkin', like, arguably of human existence — the top 10 of human existence.

"We're currently led by the least noble, least talented, least respected, least respectful people—politicians. Period. But the world could be saved through art and design. Art is something that in definition I think is a really close thing to love, and love is really close to God, and God is the master creator.