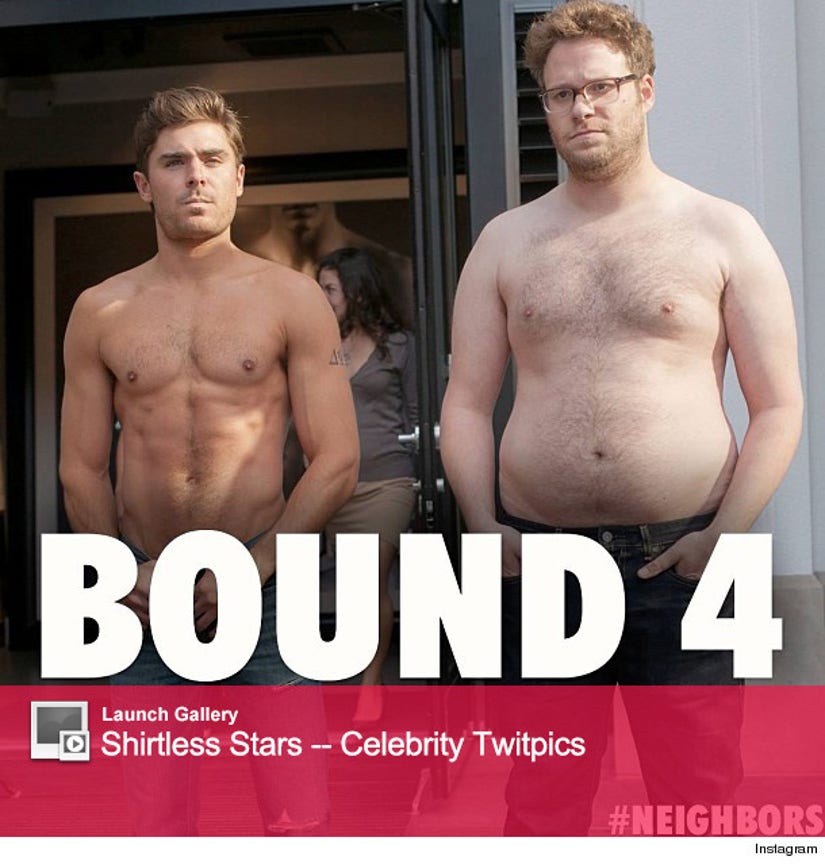 The actor shared a shirtless snap of himself alongside Seth Rogen to promote their latest flick "The Neighbors" via Instagram, on Tuesday.

"Whether you're a #KanyeWest fan or not, fans are #Bound2 get a kick out of this new still from #ZacEfron and #SethRogen's film #NeighborsMovie," the 26-year-old captioned with the funny photo.

Zac looks tan and buff ... unlike his hilarious costar Rogen. Also, stamped across the picture is "Bound 4" -- could this mean another spoof video of Kanye West's "Bound 2" is in the works?

Earlier this week, Seth and James Franco recreated West's now-infamous video featuring his topless baby mama Kim Kardashian, where the two were seen acting out the sexy music video shot-for-shot. They even share a kiss at the end!

We think Efron's looking pretty sexy here, in a pic that was taken before he went to rehab.

What do you think of his hot bod? Tell toofab in the comment section below, and click "Launch Gallery" above to see even more sexy shirtless stars!