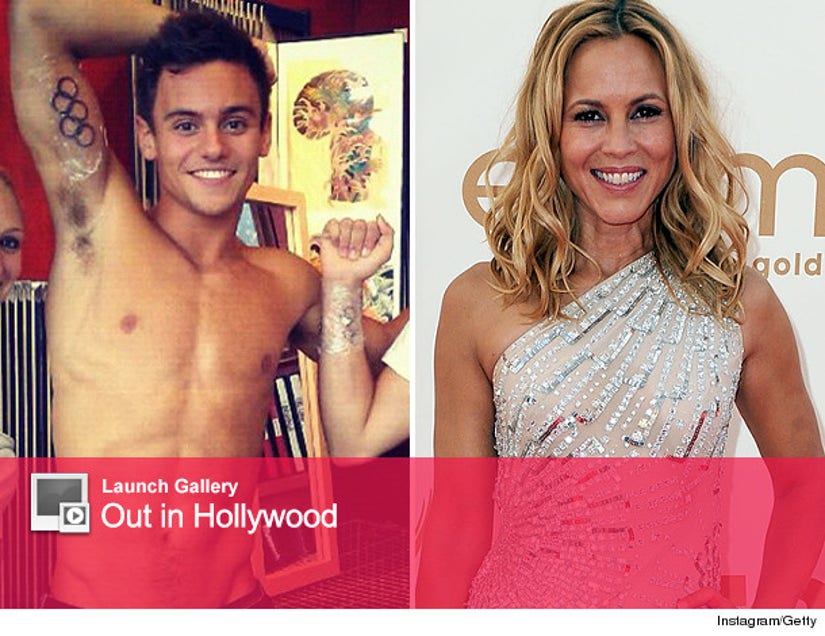 Two stars came out of the closet this weekend -- sharing details on their relationships with members of the same sex.

First up was "Prisoners" star Maria Bello, who revealed she has a longtime girlfriend in a new essay for the New York Times.

The 46-year-old actress opened up about how she broke the news to her 12-year-old son with producer Dan McDermott.

"I was with someone romantically and I hadn't told him," the actress says. "I had become involved with a woman who was my best friend, and, as it happens, a person who is like a godmother to my son."

His reaction: "Mom, love is love whatever you are."

Of her girlfriend Clare, she adds, "We had an immediate connection but didn't think of it as romantic or sexual. She was one of the most beautiful, charming, brilliant and funny people I had ever met, but it didn't occur to me that we could perhaps choose to love each other romantically."

But Maria wasn't the only one with big news.

"I still fancy girls, but right now I'm dating a guy and I couldn't be happier," he added.

Watch his whole video below: