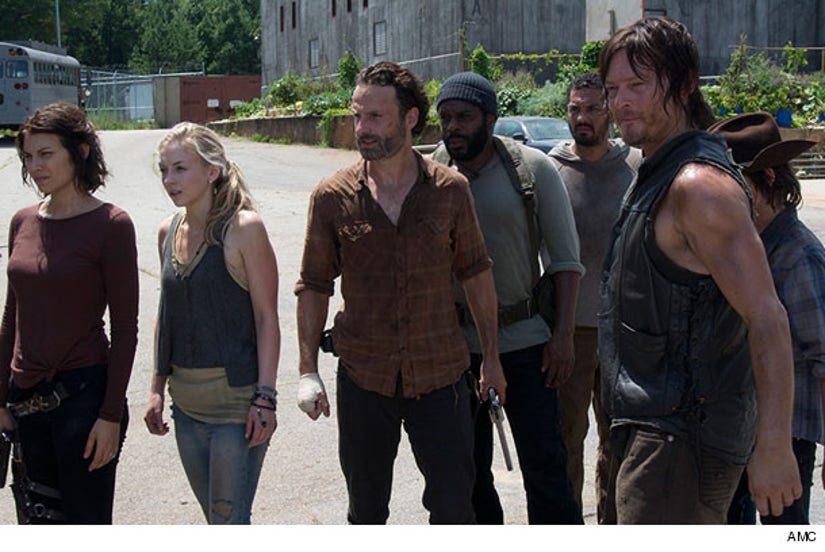 "The Walking Dead" mid-season finale was full of bloodshed last night, killing off one lovable character ... and quite a few despicable ones.

Be warned, many spoilers ahead!

In the show's last new episode until February, The Governor (David Morrissey) staged a brutal showdown between his group of survivors and Rick's (Andrew Lincoln) at the prison. Hershel (Scott Wilson) literally lost his head and everyone else lost their cool -- leading to one of the most epic battles the series has seen yet.

While "Brian" got a katana to his chest, Rick and his gang aren't out of the woods yet. By the end of the episode, The Governor was dead, but the prison was destroyed by a tank ... and all the survivors were sent running in different directions.

When the show returns in 2014, here are 5 questions we can't wait to have answered! 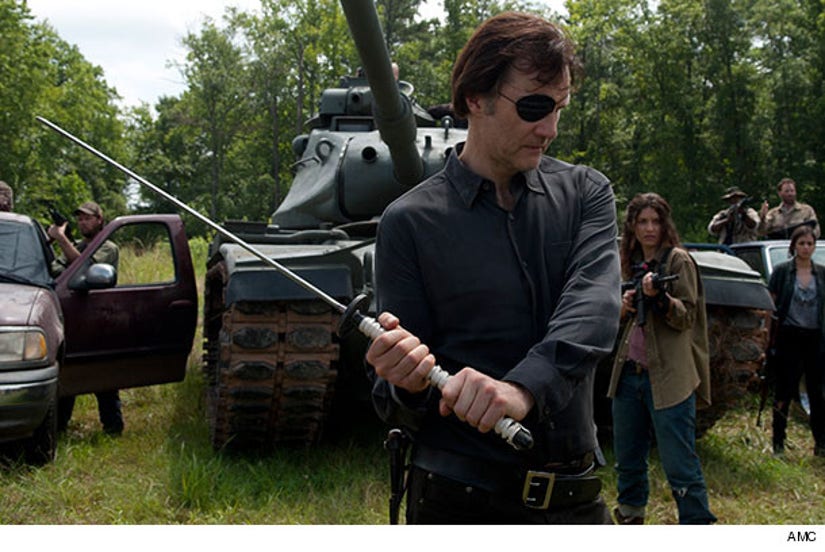 1.) How will Hershel's death affect Maggie and Beth?

In the comics, Tyreese is the one The Governor holds hostage, ultimately getting decapitated when Rick won't give up the prison. But on the show, it was the lovable Herschel that had to go.

It makes sense. Chad Coleman's character is too new for viewers to care about. The patriarch of the group, however, packed a emotional punch to the gut. Not only did his own daughters have to watch the blade hit his throat, but it happened right after he nursed everybody back to health following an epidemic in the prison. He will surely be missed.

We're really interested to see how his death affects both Maggie and Beth, who will have to find a way to move forward without their father.

The only survivors from The Governor's crew were Lilly and Tara. After losing her daughter to a walker, Lilly shot her lover in the head, clearly blaming him for Meghan's death. Her sister, Lilly, didn't agree with The Governor's plan of attack and snuck off during the big siege.

Are we to assume they're dead, or will we see them again? We're hoping for the latter.

3.) Who's the psycho among the survivors?

With The Governor gone, will a new Big Bad emerge from Rick's own group? So far, we saw a couple clues that there was a sociopath within the prison walls. Someone was feeding the zombies dead rats -- and then last night, Tyreese discovered another dead animal that had been eviscerated and dissected.

So, who's doing it? It seems like something a deranged kid would do, so we're leaning towards Carl or one of the two girls, Lizzie and Mika. 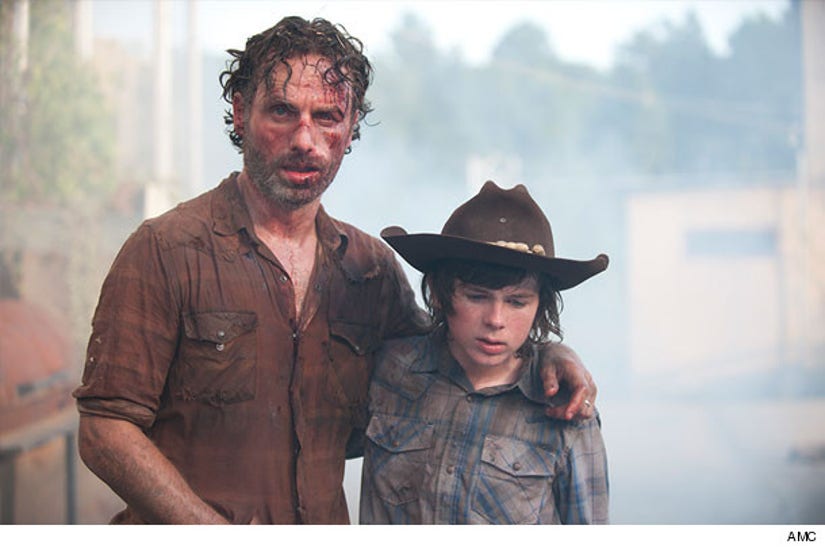 4.) How will they all reunite?

At the episode's end, the survivors were torn in different directions. Rick and Carl hobbled away from the prison ruins together, Tyreese has Lizzie and Mika, Glenn is on the bus, Michonne is by herself, Daryl is with Beth and Bob is with Maggie and Sasha.

How many episodes do you think it'll take until they all reunite? And where will they go next once they're back together?

Now we're left to believe that walkers got a hold of Rick and Lori's baby girl, who was last seen being carried out of the prison by a group of kids.

Rick and Carl find Judith's empty car seat, covered in blood, at the very end of the episode ... but, we never see a body. Could this be "The Walking Dead" showing some restraint and not showing us a baby corpse ... or is she still alive?

In the comics, both Judith and Lori are killed during The Governor's attack. But we have a feeling the TV show will go a different route here too. Our guess: We'll see her alive and well in the second or third episode once the show returns in February.

What did you think of the mid-season finale? Are you glad The Governor is finally gone? Sound off below!