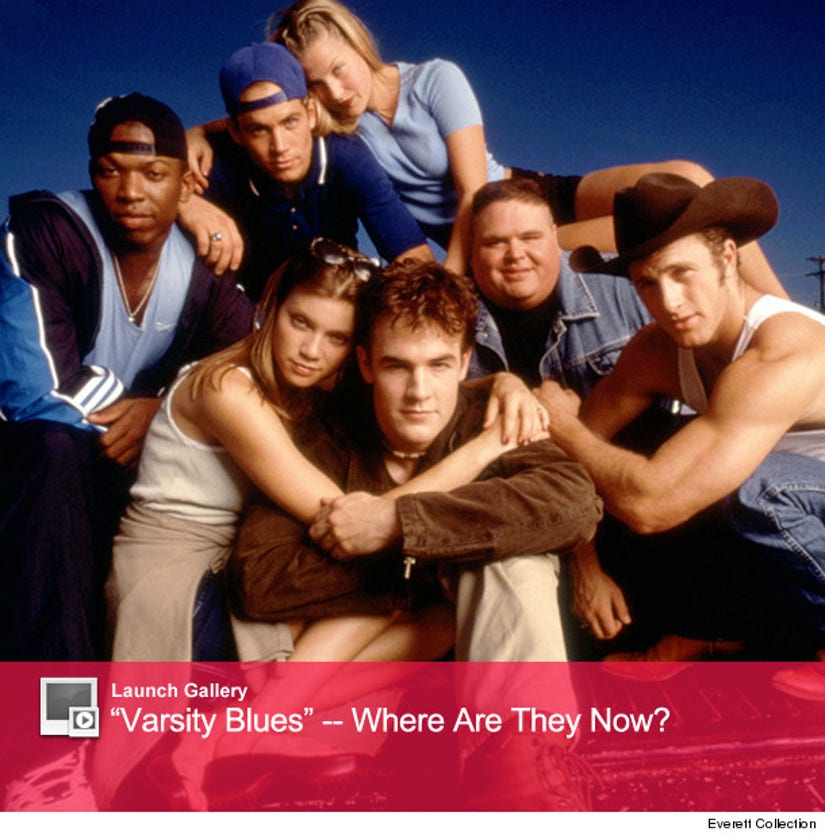 Before he starred in the "Fast and the Furious" franchise, Paul Walker was a bona fide teen heartthrob in the classic '90s flick "Varsity Blues."

While costars James Van Der Beek and Ali Larter posted their condolences on Twitter after Walker's death on Saturday, we reached out to some of the other actors in the film and asked them to share their own memories.

"With a very heavy heart, I tried to reach out to Paul Walker's family, to let them know how fond I was of their son and what an awesome father he was," Ron Lester (AKA Billy Bob) tells toofab. "One of the greatest moments in my acting career was being in a little movie called 'Varsity Blues' with Paul ... and from day one, he became a true friend!"

"It was an honor to be part of the cast of Varsity Blues and co-star with Paul," says Eliel. "I remember all of us riding to set almost everyday. Five young guys in a van, early in their careers, acting like college buddies."

"We used to bag on him for being such a romantic," he adds. "He was smitten with a girl on set and so us guys liked to heckle him about it! Paul and I also talked about his newly born daughter, Meadow, and how much she meant to him. You could tell he was going to be a great father and I respected him for that."

Swinton also shared a personal memory from the set.

"One of my fondest memories of Paul came on our second day in Texas," he says. "I was in my hotel room when I got a call from him. He asked 'Are you Eliel Swinton, the All-American running back from Montclair Prep High School?'"

"I was baffled why he would be asking me this but quickly answered 'Why yes I am!' He started to get super excited, then ran through a list of my friends from high school and said we played football against each other when he attended Village Christian! I couldn't believe it," says Swinton.

"A lot of people know Paul loved cars but I'll cherish the fact that we both lived the game of football on and off set. We were ballers. The great thing is that the movies will keep Paul's memory, smile and blue eyes alive."

I just remember him as being so effortlessly golden. He had that way about him, that "thing"... #rippaulwalker #TeamPW

What a tragic loss. Paul Walker was such a gem, so kind and always had a smile on his face. https://t.co/Ya0fgi3O3z

For more reactions to Paul's unfortunate passing, see the posts below: