Victoria's Secret just released a promo video in an attempt to diffuse some recent "trouble."

The video features some of the lingerie brand's biggest Angels lip-syncing to Taylor Swift's "I Knew You Were Trouble." The country crooner is this year's musical performer at the Victoria Secret Fashion Show, which airs Decemebr 10th on CBS.

This comes out on the heels of the New York Post's Page Six reporting that Hart was fired from the brand for making some critical comments about Swift.

Today, Victoria's Secret President and Chief Marketing Officer, Ed Razek, completely debunked the story by saying, "There is no truth to the rumors that Jessica Hart has been fired or that she will no longer work with the brand. As you will see, she was a great part of our show and we look forward to continuing to work with her."

Regarding Swift, Razek continued, "As previously reported, we at Victoria's Secret and all those involved, including Jessica Hart, were thrilled to have Taylor be a part of the show. We look forward to sharing her performances next week during the television special."

Well, there we have it: Jessica Hart is still a Victoria's Secret Angel!

We look forward to seeing the Angels strut their stuff to Taylor's performances, but in the meantime, check out all the sneak peek pics below: 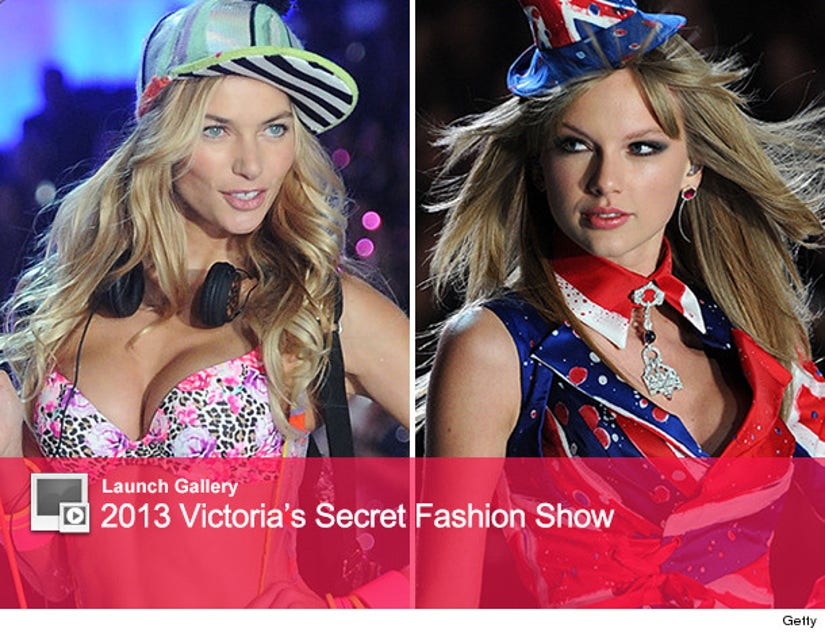