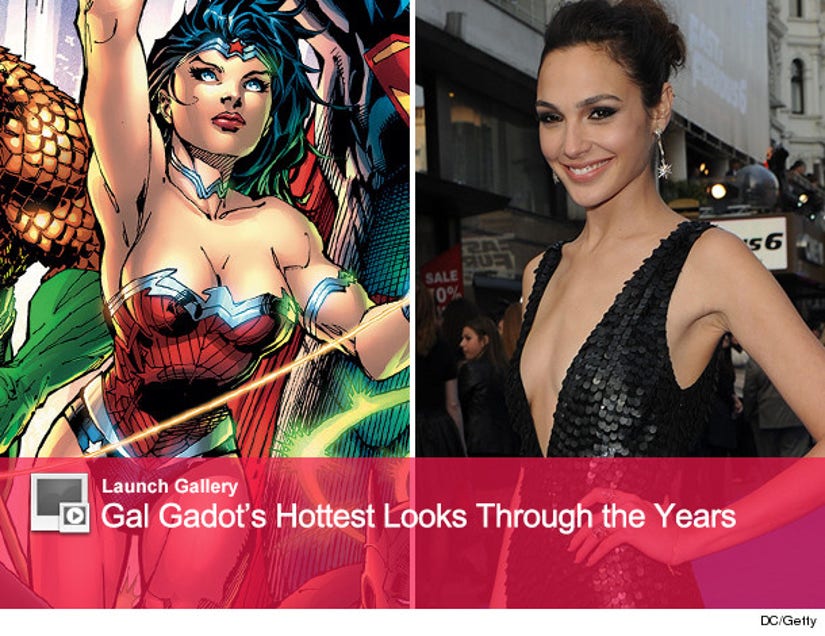 The Internet went wild when Gal Gadot was cast as Wonder Woman in the upcoming "Man of Steel" sequel -- but not all the reaction was positive.

Many fans (both men and women) have apparently taken issue with the 28-year-old Israeli model playing the Amazon princess ... and taken to Twitter to air their grievances.

While the 5'9" stunner from the "Fast & Furious" films clearly has the height and action film experience for the role, the online reaction is questioning her eye color, thin frame and cleavage.

All I know is #WonderWoman is supposed to have a Jazzercise body and Blue eyes. Gal Gadot is a stick. Should have been @JaimieAlexander

Gal Gadot as Wonder Woman? She simply doesn't have the boobs for it.

Lol at gal gadot as Wonder Woman in the new superman vs batman movie. She is skinny, and has no boobs and looks too girly

Gal Gadot is Wonder Woman? Are they gunna do cgi boobs for her?

Not meant to be body shaming but #wonderwoman is an Amazon not a model. Am I alone in wanting an more athletic hero? https://t.co/PdJzd4liFm

I cannot believe that Gal Gadot is playing #wonderwoman in Batman vs Superman. Completely the wrong actress to play an amazonian #rage

Of course, she also has a ton of online fans who've got her back -- many who are saying she has plenty of time to bulk up before filming starts early 2014. Also, the brown-eyed Gadot can easily wear contacts to get Diana's blue eyes.

Ben Affleck faced similar backlash when it was announced he'd play Batman in the sequel, alongside Henry Cavill as Superman.

What do you think of the casting? Sound off below!