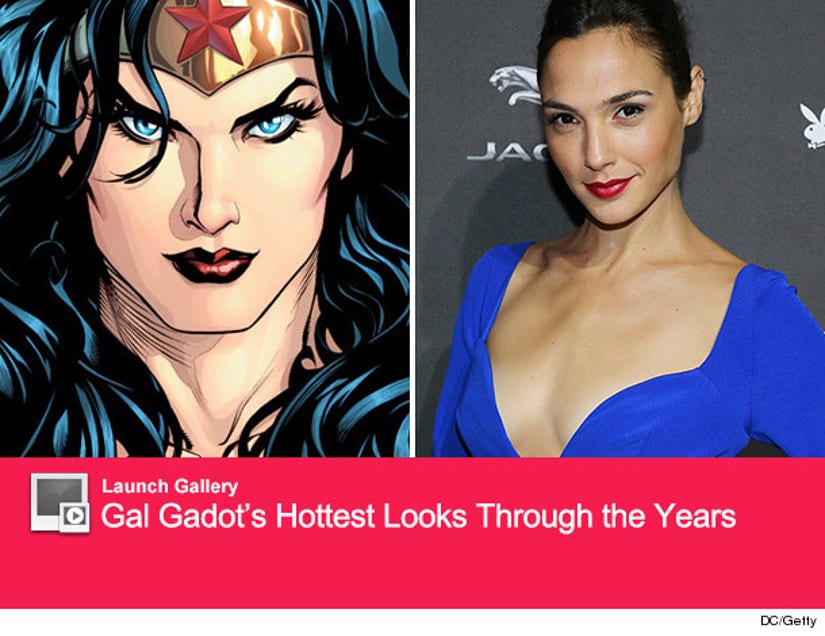 The Justice League just got another member.

On the heels of Ben Affleck being announced as Batman in the upcoming "Man of Steel" sequel, Gal Gadot has just been cast as Wonder Woman, according to Variety.

The gorgeous 28-year-old Israeli model-turned-actress, who starred in the "Fast & Furious" sequels, beat out online favorite Jaimie Alexander as well as Elodie Yung and Olga Kurylenko for the role.

"Wonder Woman is arguably one of the most powerful female characters of all time and a fan favorite in the DC Universe. Not only is Gal an amazing actress, but she also has that magical quality that makes her perfect for the role," director Zack Snyder said in a statement. "We look forward to audiences discovering Gal in the first feature film incarnation of this beloved character."

The Flash is also rumored to appear in the upcoming movie, but so far, no casting news there.

Check out the gallery above for more sexy shots of Gadot.

The announcement comes after the death of her former costar Paul Walker, who all her most-recent tweets are about.

Lost a dear friend today. So sudden and tragic - @RealPaulWalker was a great man with a big heart and passion. RIP pic.twitter.com/wpaAZcwuxk

Still Can't believe it, So sad & so tragic. I wish it was just a bad dream. :( pic.twitter.com/d7n3Kftlg2

She also recently teased that her character, who (SPOILER ALERT) didn't make it out of "Fast & Furious 6" alive, would return for the next film.