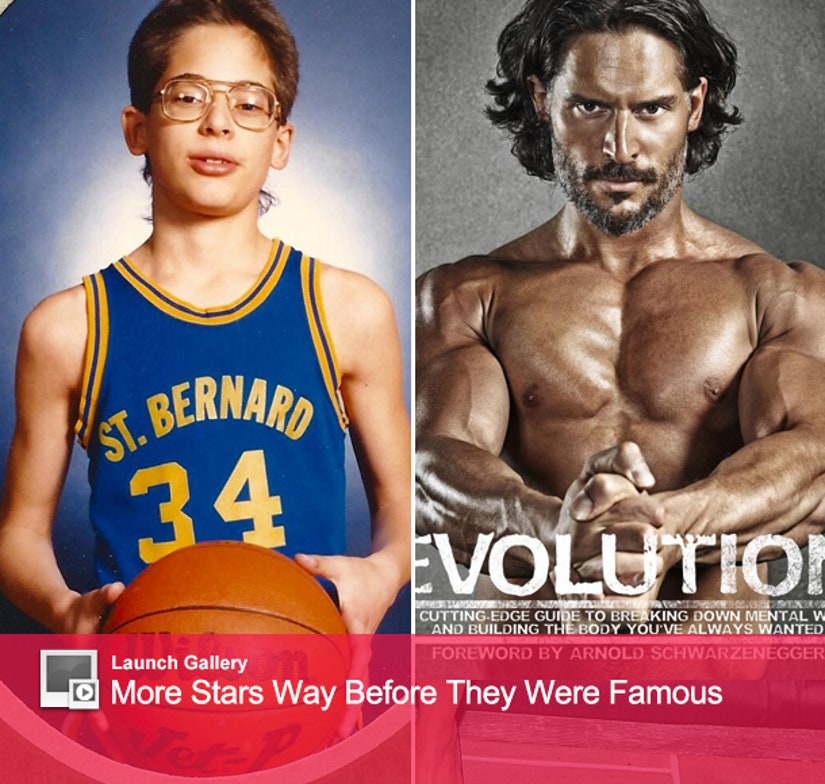 Before Joe Manganiello was making women drool as often-shirtless werewolf Alcide Herveaux on "True Blood," he was one very scrawny kid.

The hunky (and VERY buff) star revealed an awesome throwback photo of himself on Twitter this week -- showing what he looked like before he started hitting the gym on a regular basis.

Sporting glasses, a basketball uniform and what looks like a mullet (!), Joe clearly went through that awkward stage so many of us go through in our teen years too.

The actor is currently promoting his new fitness book, "Evolution," and the cover (right) only highlights how far he's come since his adolescence.

While promoting the book with HuffPo Live, the 6-foot-5 stud revealed he used to be bullied as a kid ... but how it actually helped him become the man he is today.

"Failure became a huge part of my success story," he says. "Now, you hear about these soccer games kids play when goals aren't counted. Everybody gets the orange slice and the pat on the back and everybody says 'Good job!' And that wasn't the case for me and I think I benefited from that. I'm glad that I lost, I'm glad that I failed, I'm glad that I felt that way and decided to do something about it ... I never wanted to feel that way again and it drove me."

We gotta say, it's quite the transformation, right?

Check out the gallery above to see what even more stars looked like before they were famous -- a lot of the photos are pretty shocking!